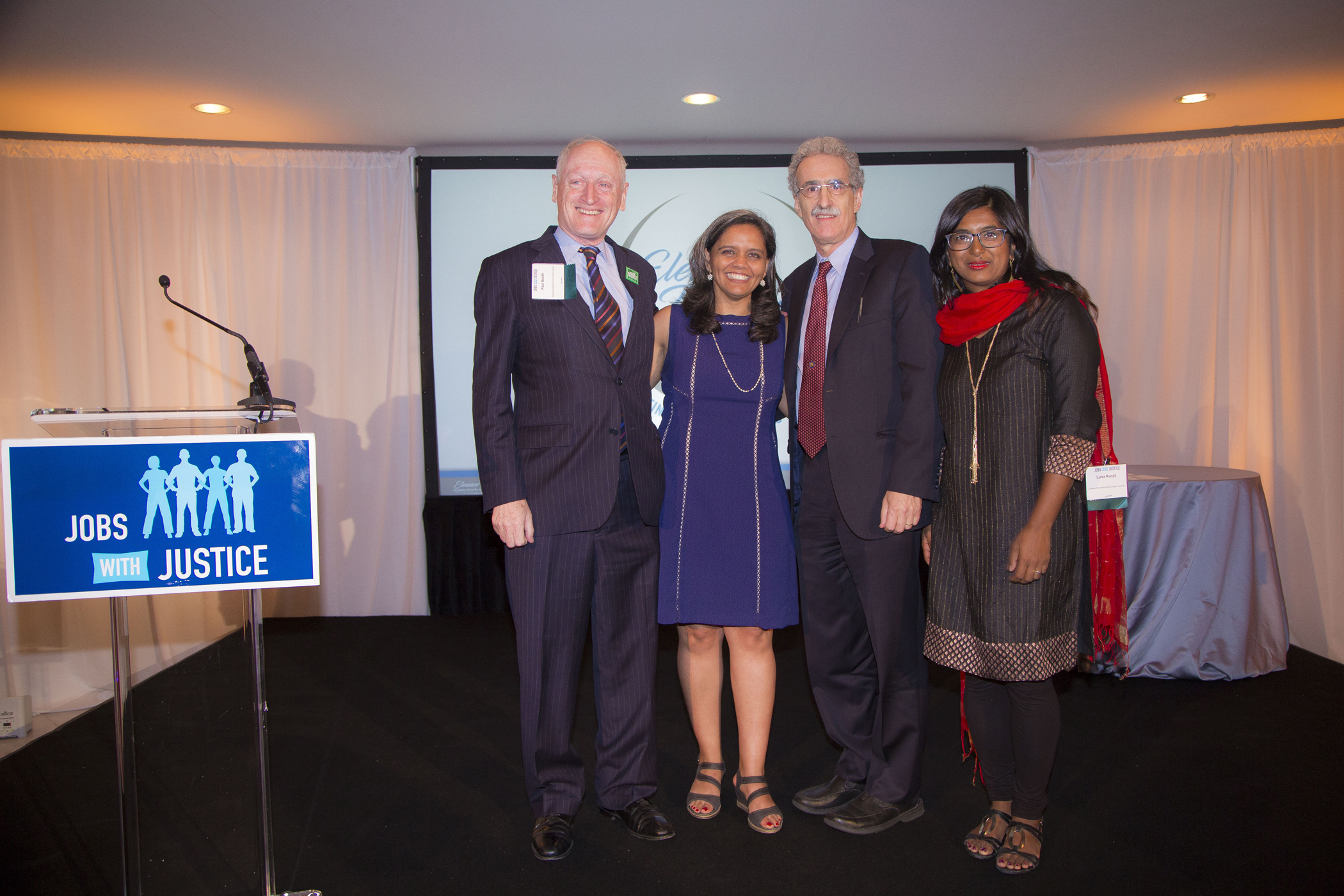 On Tuesday night, labor rights leaders, advocates, and allies came together at Jobs With Justice Education Fund’s 13th annual Eleanor Roosevelt Human Rights Awards Celebration. This event honors outstanding leaders who have upheld Eleanor Roosevelt’s belief that workers’ rights are human rights. Each of the three remarkable recipients, Paul Booth, Luna Ranjit, and Mark Dimondstein, on behalf of the men and women of the American Postal Workers Union, have sparked incredible change in protecting the rights of working people.

Jobs With Justice Executive Director Sarita Gupta kicked off the awards program, following a lively reception featuring drinks, hors d’oeuvres, and a silent auction. “Tonight is a celebration in the midst of one of the most challenging moments in our lifetimes. It is in the interest of opponents of workers’ rights to divide and fracture our labor movement, and to create lasting divisions across the working class in America,” Ms. Gupta began in her opening remarks. “And yet,” she continued, “I see beacons of hope all around. I’m inspired by all the ways we are uniting together in this unprecedented moment. Our movements are fueling the resistance, taking over the streets, taking over town halls, taking over airports, to confront those who do not want us to have a voice.”

Elissa McBride, the new secretary-treasurer of the 1.6 million member-union AFSCME, presented the first Eleanor Roosevelt Human Rights Award of the night to Paul Booth, a legendary leader in the labor and progressive movements.

Mr. Booth has made incredible contributions in advancing collective bargaining and union rights and developing powerhouse organizers. In his acceptance speech, he highlighted his vast experiences in the labor movement, and called for unions of working people to recommit to organizing. Mr. Booth echoed Ms. Gupta’s sentiments, saying that “crippling labor is the right wing’s top priority in clearing the way to make the rich richer. We must combine unity and organizing to regain power…” and encouraged the audience to “fight until we win.”

Luna Ranjit, co- founder and former executive director of Adhikaar, was presented with the Discount Foundation Legacy Award, which honors an exemplary individual in the worker justice movement. The award provides a $20,000 stipend to the recipient to enhance and sustain their organizing.

Ms. Ranjit launched Adhikaar in 2005 to build power, promote human rights and social justice, and improve the lives of members of the emerging Nepali-speaking community. Under Ms. Ranjit’s leadership, Adhikaar led the charge in getting the Domestic Worker’s Rights Bill passed in New York in 2010, and organized nail salon workers to institute sweeping changes to improve working conditions in this industry.

Ms. Ranjit discussed how her experiences have shaped her in the fight for immigrant and workers’ rights. She highlighted that her privilege as a US citizen enables her to take risks to help her undocumented “brothers and sisters.” Winning this award enables her to take a step back and think about how to contribute to the collective progress of our future. Ms. Ranjit urged the audience to “keep on loving, keep on fighting,” and closed with an Arundhati Roy quote from The Cost of Living, that she said keeps her going.

The men and women of the American Postal Workers Union (APWU) received the final Eleanor Roosevelt Human Rights Award for their successful campaign getting Staples out of the postal business. APWU President Mark Dimondstein accepted the award and took the stage with more than a dozen APWU members and leaders who were involved in the landmark fight that saved good jobs and the future of the public post office.

In 2014, the U.S. Postal Service announced a partnership with Staples to shift postal services away from neighborhood post offices to the office supply chain’s retail outlets. President Dimondstein galvanized the 200,000 APWU members to launch a boycott to stop this privatization scheme that would jeopardize public’s right to accessible mail. APWU activists and retirees engaged consumers and built solidarity for their boycott of Staples by leafletting outside Staples stores, organizing a major day of action, and holding thousands of protests.

“The Stop Staples campaign is proof that workers, with the support of friends and allies, can ‘take it to the streets’ and win!” said President Dimondstein. He continued, “I salute and commend every APWU member – active and retired – and the many, many supporters who made this victory possible.”

Jobs With Justice Education Fund would like to acknowledge the generosity of our event sponsors and auction donors, and the work of our host committee who made this evening possible. Thanks to everyone who participated and made the 13th Annual Eleanor Roosevelt Human Rights Awards Celebration a success! We look forward to our continued partnerships moving forward. If you missed out, check out photos from our event, and you can pitch in to support our critical work by making an online donation. 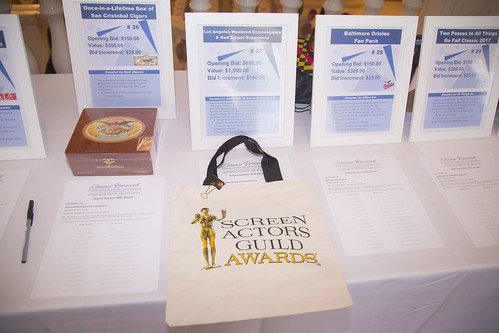