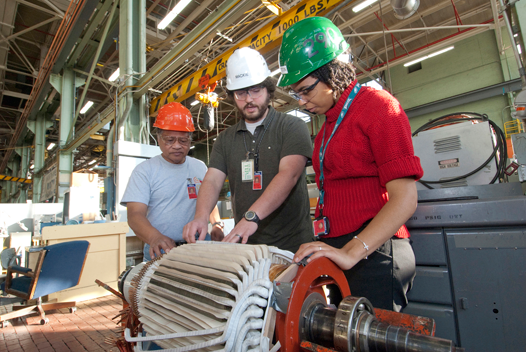 Public employees and their unions are frequent scapegoats when elected officials seek to score political points or contract out government services. But despite what you may have read, there are many examples of productive labor-management relations in the public sector. A new report released by the Jobs With Justice Education Fund, Improving Government Through Labor-Management Collaboration and Employee Ingenuity, profiles how public employees and their unions are working collaboratively with management to improve the way government runs. From the Federal Aviation Administration to Ohio State University to the City of Phoenix, public managers at all levels of government are turning to employees for innovative solutions to vexing problems. The labor and management representatives featured in the report are tackling a wide range of issues, from reducing health-care costs and implementing complex new technologies to addressing policy shifts in mental health care. Through joint efforts, these teams are getting results—saving taxpayer money, improving the delivery of government services and expanding training opportunities for employees.

Key findings of this report include: