It was a magnificent evening at the Shakespeare Theatre in Washington, D.C. as we gathered for the 15th annual Eleanor Roosevelt Human Rights Awards Celebration. Jobs With Justice Education Fund gathered to honor and celebrate some of the leaders and visionaries in our movement, alongside alumni, VIPs, and hundreds of guests. The spectacular event carried a special significance, as we joined together to honor Sarita Gupta’s 22-year commitment to Jobs With Justice.

In addition to honoring Sarita and her dynamic legacy, we honored three additional remarkable people. Sara Nelson, international president of the Association of Flight Attendants-CWA, Discount Foundation Legacy Award winner Odessa Kelly, co-chair of Stand Up Nashville, and actor and educator Geoffrey Owens. Each brought poignant messages with them, about what it means to join together and take collective action, how we can improve our communities for all working people, and standing up for the dignity of work. Our honorees spoke to the urgency of our current moment and inspired every single one of the 400 people in the theatre.

After a phenomenal event for Jobs With Justice Education Fund alumni and the always-great silent auction, guests filed into the theatre as Jobs With Justice Education Fund Executive Director Erica Smiley took to the stage for the main program. Smiley began the evening by addressing the importance of breaking barriers, the bold actions that drive our work, and challenging the status quo—some of the key reasons why we honored four outstanding individuals.

Odessa Kelly was the first honoree of the night, winning the Discount Foundation Legacy Award. Odessa was nominated by one of her peers and selected among a group of nominees for this special honor. Odessa’s work in Nashville is the exact type of bold and innovative leadership Smiley mentioned at the top of the evening. Odessa believes in fighting for everything in Nashville and its surrounding communities: justice for working people, housing justice, and racial equity. She engages with unions of working people, elected officials, and the media to stand up for what is right and is always ready to challenge Middle Tennessee’s status quo.

Following Odessa’s powerful remarks, we were proud to welcome Sara Nelson, international president of the Association of Flight Attendants-CWA to the stage. The 2018-19 government shutdown forced hundreds of thousands of working people to stay home without a paycheck. Many others, including those working at our nation’s airports, had to work without pay. Families struggled to put food on the table, afford medication, or pay the rent. Sara knew this was wrong and took action. At the height of the shutdown, Sara rallied with her fellow flight attendants, and unions of working people across the country, to join together in a general strike that would bring an end to the chaotic shutdown.

Sara came to the stage and spoke with great passion and urgency as she called on every one of us to take action on the issues that matter most to us. Like Odessa and Smiley before her, the crowd welcomed Sara to a standing ovation.

The dignity of work is a core value at Jobs With Justice Education Fund, and it’s why we were so excited to welcome actor and educator Geoffrey Owens to Washington, D.C. to honor him for standing up for the dignity of work. When Geoffrey took a job a Trader Joe’s, he saw it as a way to pay the bills. The tabloids saw it differently, as outlets like the Daily Mail shamed him for working at a grocery store. Instead of backing down, Geoffrey spoke out. He defended the dignity of work and that no job is beneath a working person. Geoffrey reignited a conversation about the issue and inspired working people throughout the country. Geoffrey took to the stage humbled at the honor, as the audience cheered his efforts to have a meaningful discussion about the workplace.

After Geoffrey’s remarks, the buzz in the air grew. Hundreds of people knew what was next, and by the time it was over, there wouldn’t be a dry eye in the house. Smiley took to the stage again, thanking Odessa, Sara, and Geoffrey as she prepared for the evening’s final and main event. It was time to honor one of the most remarkable leaders this movement has seen: Sarita Gupta.

Smiley, alongside former CWA president and Jobs With Justice co-founder Larry Cohen, gave rousing introductions, recalling Sarita’s life, her career, the choices, and challenges she’s faced leading Jobs With Justice. They spoke with the passion and love not of fellow movement leaders, but friends and family. The admiration and care were palpable and felt by every single person in the room that night. Rev. Calvin Morris, a mentor and friend to Sarita when she started her career in Chicago came to the stage and led us all in song, and then joined Smiley and Larry to honor Sarita for everything she gave to Jobs With Justice, the labor movement, and so many others.

The reaction was immense as everyone rose to their feet, applauded, shouted, cheered, and would have continued had Sarita not launched into a powerful and heartfelt closing speech that left us all misty-eyed, proud, and awe-inspired.

Sarita thanked all those who have been on this journey alongside her over the last two-plus decades, from family, friends, colleagues, and leaders across the movement. It was as much a trip down memory lane as it was a look ahead, as we continue the work she led at Jobs With Justice over the last 22 years. Sarita challenged us to stay hopeful, even in the face of existential threats, pointing out that our movement must soar, not shrink. She urged us to seize the moment and utilize radical thinking to fuel and strengthen our work. Sarita reminded us why we were there that evening. It wasn’t just for Odessa, Sara, Geoffrey, and Sarita; it was for the movement of working people, joined together, and ready to take action. In solidarity.

It was an evening, a moment in time, an event that none of us will ever forget. 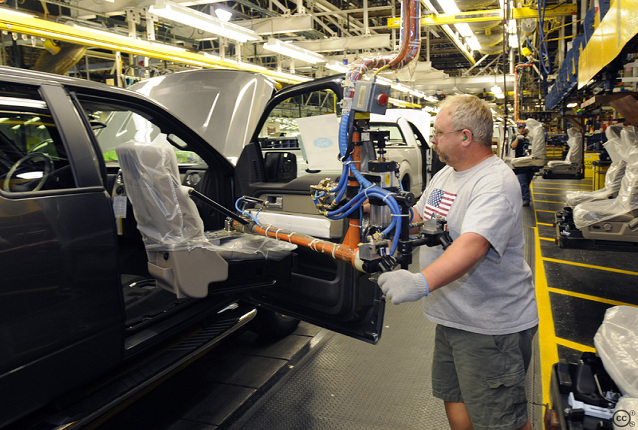 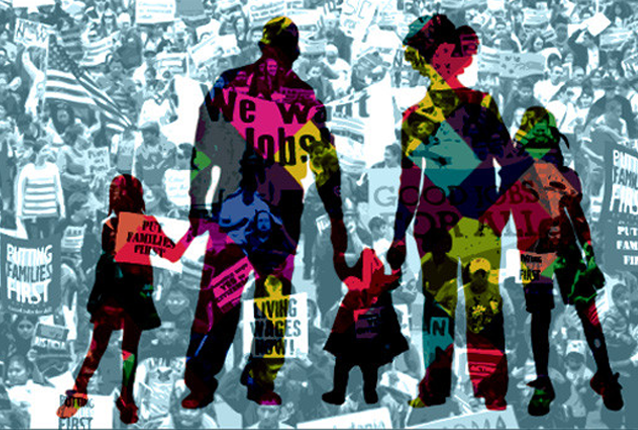 Putting Families First: A Blueprint For a New Economy