Who’s Behind the Rise of Student Loan Defaults? 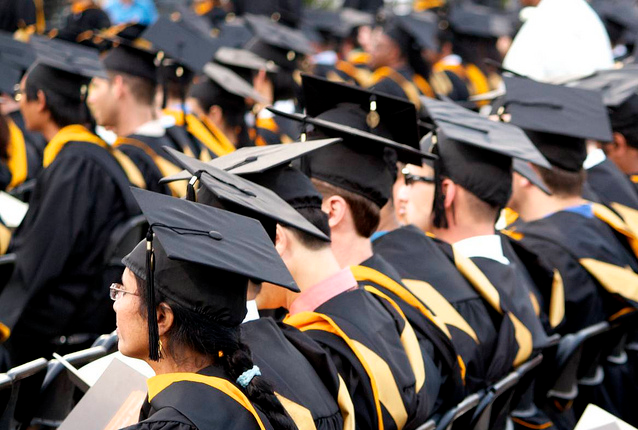 We’ve all heard about the meteoric rise of student debt: it now totals over $1.2 trillion and affects more than 40 million Americans. And while stories often focus on the unsustainable rise in college tuition costs and the incredible pace at which this debt multiplies, we must also pay close attention to how student debt is administered – and why that system may be part of the problem.

Currently, four different for-profit financial institutions, through multimillion-dollar contracts with the Department of Education, manage the bulk of federal student loans, effectively creating a middle man between borrowers and their government lender. In the last few years, borrower complaints about their servicers have reached record highs. Coupled with rising defaults and delinquency rates, the complaints send a clear message that these companies aren’t adequately helping people manage their student loan debt and instead are making the crisis even worse.

New research funded by the Jobs With Justice Education Fund and conducted by Eric Fink, associate professor of law at Elon University, and Roland Zullo, an assistant research scientist at the University of Michigan’s Institute of Labor and Industrial Relations, pulls back the curtain on the disastrous federal student loan-servicing system and suggests a new solution: dropping the for-profit companies who administer these loans and finding a better equipped federal agency to service them instead.

According to the report, several government agencies, including the Department of the Treasury, the Internal Revenue Service, and the U.S. Postal Service, actually have the capacity to service student loans and could be given a mandate to operate in the best interest of the borrowers, as opposed to trying to maximize profits. So instead of automatically granting a certain loan portfolio to the four servicers – which negates competition and drives down performance overall – a public servicing model would require that effective loan management included mitigation of defaults and effective enrollment in flexible repayment plans. In other words, it would incentivize actually getting borrowers out of debt, effectively starting us on a pathway out of this crisis.

Of course, the other alternative suggested in the report is to increase the oversight of the current servicers in hopes their performance will improve. This comes on the heels of recent investigations by the U.S. Department of Justice and the Federal Deposit Insurance Corporation (FDIC), which found that Navient – a company spun-off from Sallie Mae – violated the law by overcharging active-duty servicemembers on their interest rates and maximizing late fees. It’s clear that the Education Department has failed to effectively monitor its contractors, so instead of tasking them with the oversight and enforcement, why not let the Consumer Financial Protection Bureau (CFPB) step in to take it on instead?

The report is a critical first step in offering realistic, workable solutions to our country’s student debt crisis. By studying the flaws in the current servicing model and examining the feasibility of insourcing federal student loan administration to an agency that is equipped to do it, we can pave a pathway of recourse for borrowers who are struggling.

2 Comments on “Who’s Behind the Rise of Student Loan Defaults?”