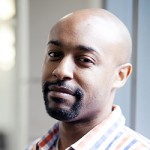 A dominant narrative in the United States persists that if Black people would take personal responsibility and work hard, we could achieve gains similar to those of our white counterparts. And while the number of Black college graduates has quintupled over the past 50 years, the increase in education has not translated into a substantial decrease in racial inequality.

An Economic Policy Institute report released last week found that the gap between Black and white wages has increased significantly since 1979. The authors also found that, while the racial wage gap is larger for men, in recent years it has widened for women.

The sustained gap in wages, combined with a number of other factors, has helped to sustain the racial wealth gap as well. Another recent report, Umbrellas Don’t Make it Rain, found that white households with college degrees have $180,000 in wealth while similarly-educated Black households have only $23,400. And according to the Institute for Policy Studies, Black households will not reach wealth parity with white households until 2241.

These reports document the ongoing racial disparities in the United States and speak to the need for a revitalized Black liberation and labor movement to counter inequality and white supremacy. Education has not created social mobility for Black people, and it has done little to close the Black-white wage gap. Black people are consistently told we must pull ourselves up by their bootstraps, yet it appears as though we don’t even own these metaphorical boots.

Growing racial inequality has led to an emerging feeling of alienation; some might say realism, among young Black people. The manifestations vary. Many high school, college, and professional athletes have even chosen not to salute the U.S. flag during the “Star Spangled Banner” to protest Black oppression. While scores of Black people will participate in the upcoming election, many Black millennials may sit out or opt for a third party in the 2016 elections. For instance, at a focus group convened by The New York Times one Black millennial said “nobody has seen an agenda for African American millennials. I don’t think they believe [Clinton] cares about them.”

While the disillusionment between young Black Americans and American institutions is real, a growing movement has erupted to challenge forces of white supremacy and funnel dissent into powerful, disruptive change. The Movement for Black Lives has already had a tremendous impact on American media, politics, and discourse on issues surrounding police brutality and racist violence against Black people. And now the movement has launched similarly serious campaigns to address the numerous challenges confronting Black communities.

Following the Movement for Black Lives convening last year in Cleveland, Ohio, Black activists began to develop a Black agenda to advance Black power, freedom, and justice. A collective of more than 50 organizations representing thousands of Black people convened a policy table to build this agenda out.  In July, the Movement for Black Lives finally released its ambitious policy platform. The Vision for Black Lives puts forth a set of clear, bold and intersectional policy demands. Indeed, Black men, women, and gender non-conforming people cannot overcome stubborn wealth and wage gaps when structural racism and violence are the foundations of U.S. society.

The M4BL demands for economic justice include federal and state jobs programs that target the most marginalized, the right of people to organize, a renegotiation of free trade agreements, especially the Trans-Pacific Partnership and more.

Advancing Black liberation requires a full spectrum of policies from the eventual abolishment of prisons and the police to ending racial wage gaps once and for all by giving people the freedom to negotiate over their work. We know policies by themselves aren’t enough to achieve the change we want to see in the world. Historically, social movements are one of the primary vehicles people have used to transform society. Black millennials who hope to engage in politics and challenge increasing racial inequalities should consider joining grassroots organizations and campaigns that align with The Vision for Black Lives.