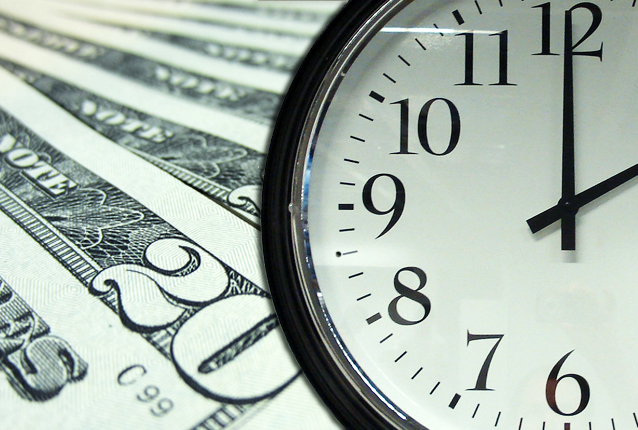 Existing labor and employment laws dictate fundamental baseline employment standards, but often fail to ensure that working people can secure a decent standard of living. Today, less than 13 percent of the U.S. workforce has the power to improve their wages and working conditions through collective bargaining. As
fewer and fewer Americans are able to formally negotiate with their employers, they are increasingly looking to improve federal, state and local laws for security on issues like their pay, schedules and unpaid leave. This fact sheet covers the basics of wage-and-hour laws, as well as how changing the rules and speaking up together can address the inadequacies of current laws.

What is the minimum wage? Who is eligible for it?

The Fair Labor Standards Act (FLSA), enacted in 1938, establishes standards for the federal minimum wage, while allowing states and localities to establish higher minimum wage rates. The federal minimum wage is currently $7.25 an hour. As of July 2015, 29 states plus the District of Columbia maintain higher rates.[i] Federal law excludes several categories of employees from minimum wage requirements, including women and men employed in certain seasonal jobs and on small farms.[ii]

What is the tipped minimum wage?

Under the FLSA, the minimum wage requirements differ for those who are considered “tipped” employees, specifically individuals who regularly earn more than $30 per month in tips. Employers are only required to pay $2.13 an hour in direct wages to tipped employees. If the employee does not earn enough in tips to equal the federal minimum wage, employers are responsible for making up the difference.[iii] Unfortunately that rule is hard to enforce, and unscrupulous employers know it. Federal investigations have found high wage-and-hour violation rates within the restaurant industry, where most wait staff earn the tipped minimum wage.[iv]

Has the minimum wage kept up with inflation?

What rules exist about overtime pay?

The FLSA also sets overtime protections, which require that employers pay eligible employees at least the federal minimum wage for 40 hours worked in a week, plus time-and-a-half pay for every additional hour worked during that week. Yet federal rules exempt many employees from overtime protections, including executives, administrators, certain professionals and salespeople. Employers are not required to pay their staff overtime if they are salaried, paid at least $23,600 per year or $455 per week and perform job duties consistent with that of exempt employees under the FLSA.[ix] Four states – Alaska, California, New York and Nevada – have more expansive overtime protections that allow a broader group of employees to earn overtime pay.[x]

The Obama administration has proposed more than doubling the salary threshold from $23,600 in annual pay to $50,400. [xi] The proposed increase would restore the inflation-adjusted value of the salary threshold to its 1975 level, when 62 percent of salaried employees had a right to overtime protections.[xii] The current threshold only protects eight percent of salaried employees. This adjustment will have a meaningful impact on the lives of the nearly 5 million men and women who will gain overtime protections.

Are there any laws requiring employers to provide a minimum number of work hours to employees?

While an increasing number of companies fail to provide employees with enough pay and hours to make ends meet, the FLSA does not contain provisions that guarantee individuals a minimum number of hours scheduled by their employer, either on a weekly basis or within a given shift.

Does the government set protections around employee scheduling?

There are no federal protections for employees around predictable scheduling, despite a clear need for them. A recent national survey of early-career adults found that working people reported frequent fluctuations in hours worked, minimal advance notice of schedules and limited or no say on when they work. People of color and those paid by the hour were particularly likely to work for businesses with erratic scheduling practices.[xiii] This practice makes it difficult for people to budget, make child-care arrangements, pursue an education or work a second job.[xiv]

In the service sector, particularly in the retail industry, employers aim to cut labor costs and benefit obligations by using computer models that predict how many people need to work to meet anticipated consumer demand. This “just-in-time” scheduling strategy companies use often leads to erratic schedules, unpaid “on call” time and canceled shifts for employees. In 2012, only 17 percent of people employed in New York City retail stores reported having a fixed schedule, while 70 percent said they received only one week’s advance notice of their work schedule.[xv] It’s not uncommon for managers to wait to post schedules until a day – or even mere hours – before an employee is assigned to work.[xvi] In a 2015 survey, one-third of people working in Washington, D.C., restaurants, retail stores and other service positions reported receiving their work schedules with less than three days’ notice, and nearly 25 percent said their schedules change once or more per week after initial posting.

The lack of state and federal standards and protections for work schedules means that employees have little recourse against volatile schedules and non-standard earnings. As a result, the rate of involuntary part-time employees (those who would work full-time if they could) in industries implementing “just-in-time” scheduling practices continues to be a problem even as the economy recovers from the Great Recession. From 2011 to 2013, on average, nearly 12 percent of those employed in the restaurant and retail industries identified as involuntary part-time.

Are there any initiatives to address problems with scheduling and hours?

At the local level, San Francisco enacted the Retail Workers Bill of Rights in 2014.[xix] Retail stores, fast food businesses, restaurants and corporate banks with 40 or more similar stores globally and 20 or more employees in San Francisco must provide two weeks’ advance notice of employee schedules. The ordinance also discourages employers from assigning their employees to be “on call” or to cancel their employees’ shifts at the last minute.[xx] In addition, employers must offer more hours to part-time employees before adding staff. The city of SeaTac, Washington, also requires employers to first offer more hours to part-time employees before hiring new staff.[xxi]

At the federal level, the Schedules that Work Act would provide individuals the right to request a flexible, predictable or stable work schedule. . It also would require employers in the industries that have the most notoriously bad scheduling practices to compensate men and women who must be “on call,” work a split shift or work less than four hours after reporting for a full-day shift. To reduce the use of these unfair practices, the bill mandates that employers in these industries provide advance notice of work schedules.[xxii]

Americans are also raising their voices to secure stable schedules and better lives. In 2013, members of the Retail Action Project in New York City successfully pressured the Manhattan flagship Victoria’s Secret store to create full-time positions for non-managerial employees.[xxiv] Recently, Pushed by working people, media exposés and an investigation by the New York attorney general, a number of major retail chains are phasing out on-call policies in favor of more sensible scheduling systems. While the overtures from retailers are a step in the right direction, working people need enforceable standards to ensure they gain predictable schedules and better hours.

There are no federal laws that require employers to grant their employees paid time off, whether in the form of sick days or vacation days. Nearly 40 percent of all private sector employees are not offered paid sick leave, despite research that shows people who are not afforded paid sick leave are 1.5 times more likely to come to work sick than those who have paid sick days.[xxvi] Men and women without paid sick time off are also more likely to delay critical preventative medical care, resulting in future missed work and increased health-care costs.[xxvii]

The only federal law that grants employees the right to take unpaid medical leave without losing their jobs is the Family Medical Leave Act (FMLA). Under the FMLA, eligible employees can take up to 12 weeks of unpaid leave in the event of serious illness, childbirth, adoption or an emergency involving an active-duty family member in the military.[xxviii] The FMLA requires employers to provide health benefits during the leave, and employees are also entitled to return to their same or an equivalent job at the end of their leave. However, many Americans cannot afford to take unpaid leave to be there for their families. Additionally, 40 percent of employees are not even eligible for FMLA, either because their employer is too small or they have not reached the minimum number of hours worked (1,250 in the prior 12 months) to qualify.[xxix] In 2002, California became the first state to offer paid family leave, and New Jersey followed suit in 2008.[xxx] There will soon be paid sick days laws in at least 23 places, including 4 states, 18 localities and the District of Columbia.[xxxi]

How do people in unions address wages, hours and paid leave?

Federal and state laws only establish the minimum requirements for wages and overtime, but working people can, and often do, achieve higher pay and family-friendly policies through collective bargaining with their employers. In a comparison among hourly employees, the Labor Project for Working Families found that 46 percent of union employees had access to paid family leave compared with only 29 percent of non-union employees.[xxxii]

Through their unions, working people have also formally negotiated with their employers to stabilize schedules, setting up rules around the minimum number of hours, elimination of mandatory overtime and notice of overtime.[xxxiii] The unsustainable schedules pervasive among retail employers could be addressed if more people working in retail were free to collectively address work standards without fear of retaliation by their employer.[xxxiv] Yet, in 2013, only 4.6 percent of retail workers were union members.[xxxv] Though companies are beginning to respond to demands by their employees for workplaces that help them sustain their families and lead a good life, without laws or collective bargaining agreements in place, employers are free to go back on their commitments.

Thanks to Jobs With Justice intern Alyssa Tufano for her research assistance.

[xv] Traub, A. 2014. Retail’s Choice: How raising wages and improving schedules for women in the retail industry would benefit America. New York: Demos. Retrieved at: http://www.demos.org/sites/default/files/publications/RetailsChoice_0.pdf.

1 Comment on “Wages, Hours and Scheduling: An Issue Brief”