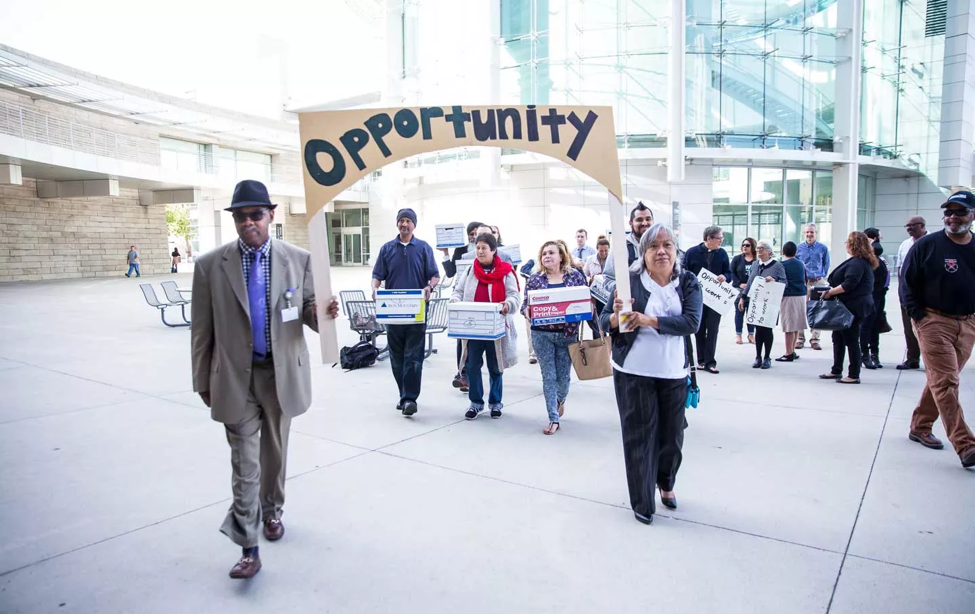 Eager to work, but unable to secure consistent work is the conundrum facing too many people today.

Across the country, people are ready, willing and able to work full time so they can put food on the table, and live a good life. Unfortunately, many of them work for employers who grant them too few hours and the promise of more hours or full-time work is often elusive.

Working people in San Jose, California decided to combat the problem of being strung along as a part-timer by putting a landmark referenda on the ballot this fall.

On Election Day, 63 percent of San Jose voters approved ballot measure E, the “Opportunity to Work” initiative. Now 64,000 people who work in San Jose will have a fair shot at stable jobs. Companies with 35 or more employees will be required to offer extra work hours to existing qualified part-time employees before hiring new staff.

Alejandra Mejia, a single mother of three who works at McDonald’s part-time, is someone who stands to benefit from the new ballot measure. She explained: “Managers tell me there’s no work, it’s really slow – and yet they’re still hiring.”

While San Jose voted to raise its minimum wage to $15 by January 1, 2022, higher wage policies alone aren’t enough to ensure people have the means to make ends meet.

Janitors, adjuncts, cleaners, fast-food clerks, home care aides, and others who work for low-wage employers often aren’t able to reap the benefits of a minimum wage increase because their employer refuses to grant them more hours. In fact, a recent report showed that 162,000 hourly employees in Silicon Valley are either underpaid or underemployed. Working men and women are forced to juggle multiple jobs to sustain their families because the companies they work for increasingly keep their workforces part-time. Many profitable corporations choose to restrict hours to limit having to pay for important benefits like health care, life insurance, and retirement.

San Jose is part of a growing list of communities solving for unfair and inconsistent work schedules. In October, Emeryville, CA lawmakers unanimously approved legislation that will ensure better work schedules for people who work for large retail employers. Earlier this year, the Seattle City Council passed a comprehensive bill to establish fair work schedules. Jobs With Justice San Francisco led the campaign ushering in the first set of standards creating access to stable work and predictable schedules. The rules, which became law in 2014, benefit nearly 40,000 people who work for large chain restaurants and retailers throughout the city.

Working people and their advocates, including Jobs With Justice, are gearing up to continue the momentum in 2017 so that more people can achieve fair, consistent and stable work schedules. Plans are underway in a number of states and cities to pass similar rules and ensure robust implementation and enforcement efforts of laws already on the books.