Should Working in Retail Require a Health Warning? 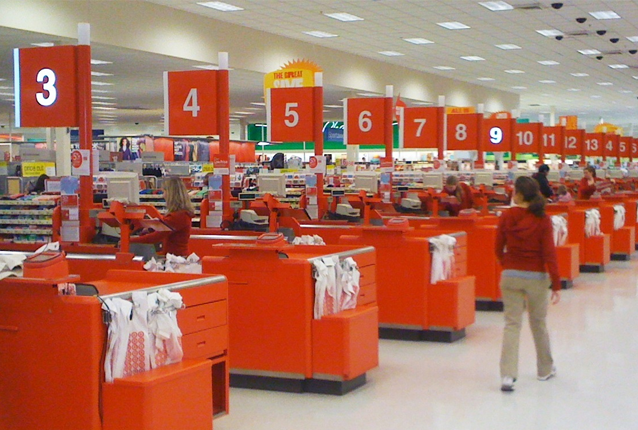 A recent study has proven what millions of working people have known for years: Work is stressful, and many employers only make things worse.

A new poll from NPR, the Robert Wood Johnson Foundation and Harvard’s T.H. Chan School of Public Health found that among working adults who have felt large amounts of stress on the job in the last year, 85 percent say their employers are doing a fair or poor job of alleviating that stress.

Those numbers were even more severe for those who work at retail outlets, with 26 percent of respondents who work retail saying that their job had a negative impact on their overall health – higher than people working in any other sector. The survey also found that half of restaurant employees still head in to work when sick.

With the growth of the retail and food service sectors in our economy in recent years, alarm bells should be sounding in all of our heads about the implications for the people who ring up our purchases and serve our meals.

Instead of creating family sustaining jobs, a good deal of retailers and restaurants offer lousy pay, poor benefits and little room for advancement. In recent years, these same establishments have implemented on-call shifts and embraced scheduling systems that assign the people work for them too few hours on too short notice. Company policies can force employees to maintain open availability for full-time hours when they are only assigned and compensated for part-time hours. Supervisors commonly send staff home before their shift ends without compensation.

Stephanie Dunn is well aware of the stress created by her employer’s unsustainable hours. Her hours have been cut by her boss from 25 to 20 to just 15 a week since she began working at a Marshalls store in Washington, D.C. “It’s frustrating, and it’s stressful to not get hours,” She said. “The money… only gets me back and forth to work, but nothing more for my family.”

It’s no wonder that so many Americans working in retail and food service are feeling stressed. When you’re living day-to-day with no way of knowing when you’re going to be called into work or how much your paycheck will be, it’s that much more challenging to budget, head to the doctor’s office, or plan for childcare.

Robert. J. Blendon, a professor of health policy and political analysis at the Harvard Chan School, who directed the survey said that “The takeaway here is that job No. 1 for U.S. employers is to reduce stress in the workplace.”

By providing stable, predictable schedules, restaurants and retailers can alleviate so many of the stressors that are making the people who work for them sick and burnt out.

And if these corporations aren’t motivated to address the unhealthy, stressful aspects of their jobs, working people are coming together to push for schedules that work.

A year and a half ago, Jobs With Justice San Francisco led the charge to pass landmark rules to help 40,000 men and women achieve more fair and consistent job schedules. That victory spurred similar pushes from community advocates and policymakers in Washington, D.C and cities and states across the country so that people can work with schedules with enough hours to plan their lives and care for their loved ones.

Measures like these, along with pressure from attorneys general in multiple states, have resulted in a growing list of stores like The Gap, Bath & Body Works and Victoria’s Secret leaving on-call shifts behind and providing more stability and less stress to their employees.

There’s no denying that stress is a natural part of life. But yoga, meditation and deep breathing won’t solve for jobs that create unnecessary worry and anxiety. Until employers make significant changes, the toxic nature of restaurant and retail work requires more of us raising our voices to intervene.

1 Comment on “Should Working in Retail Require a Health Warning?”