In at Least 22 States, Your Student Debt Could Cost You Your Job 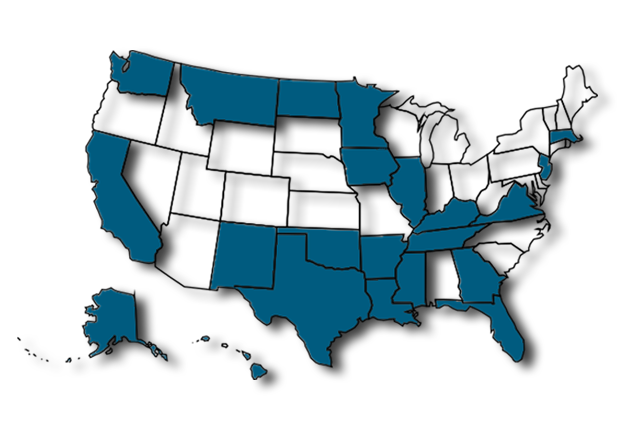 UPDATE 4: During the 2019 state legislative cycle, Kentucky (HB 118) passed a law to end the practice of revoking someone’s professional license if they defaulted on their student loans.

UPDATE 3: During the 2018 state legislative cycle, Alaska (SB 4), Illinois (IL SB 2439) and Washington (WA HB 1169) passed laws to end the practice of revoking someone’s professional license if they defaulted on their student loans.

UPDATE 2: During the 2017 state legislative cycle, Oklahoma, New Jersey and North Dakota passed laws to end the practice of revoking someone’s professional license if they defaulted on their student loans.

In at least 22 states, your student loan debt could wind up costing you more than your monthly bill – it could cost you your job.

Across the country, a growing number of jobs don’t just require a college degree, but also a professional license or certificate. These jobs come in all shapes and sizes, ranging from K–12 teachers and nurses to electricians and barbers. It’s now projected that nearly 30 percent of jobs legally require you to have a state-issued professional license in order to perform them.

Meanwhile, instead of helping struggling borrowers, many states are making it even harder to get out of debt. In at least 22 states, the government will revoke your professional license if you are unable to pay off your student loan debt.

These state laws target a wide range of professions, including attorneys, physicians and therapists – even barbers make the list. But two professions show up over and over again: nurses and teachers.

Both professions serve a critical role in our communities and are often wildly underpaid. Are we really in a position to be punishing the people we need the most?

In Alaska, California, Florida, Georgia, Hawaii, Illinois, Iowa, Kentucky, Louisiana, Massachusetts, Minnesota, Mississippi, Montana, New Jersey, North Dakota, Oklahoma, Tennessee, Texas, Virginia and Washington, nurses and health-care professionals can all be locked out from their job if they fall into default on their student loans.

And while last month I reported that two states would suspend your driver licenses if you default on your student loans, I’ve since learned that Oklahoma will do the same as well.

In addition to these punitive measures, the fact is that our economic reality can’t keep up with the increasing levels of debt in this country. The amount of debt borrowers incur to get their degrees is skyrocketing, but the wages they’re earning once they graduate (if they’re lucky enough to find a job) aren’t keeping pace. Adjusting for inflation, the average student debtor with federal student loans owed 28 percent more in 2013 than in 2007, while the typical holder of a bachelor’s degree working full time experienced a 0.08 percent decrease in weekly earnings during that same period. So borrowers owe more and make less. It’s no surprise that federal student loan defaults remain at historically high levels of 13.7 percent for the class of 2011.

In President Obama’s 2015 budget, Department of Education data forecasts that the situation could get worse in coming years, with 25.3 percent of all undergraduate Stafford loans issued next year defaulting at some point during the borrower’s repayment term. The projected increase in defaults comes just two months after a December 2014 report by the Department of Education’s Office of the Inspector General indicating that the department lacks a comprehensive plan to curb student loan defaults.

Thankfully, we are seeing some states begin to move toward righting this wrong. Montana has now introduced legislation to repeal these laws in an effort to stop punishing student debtors whose professional and economic situation makes it increasingly difficult to repay their debt. The question is: will other states join them?

2 Comments on “In at Least 22 States, Your Student Debt Could Cost You Your Job”