At the Jobs With Justice National Conference, Gaining Tools and Inspiration for Change 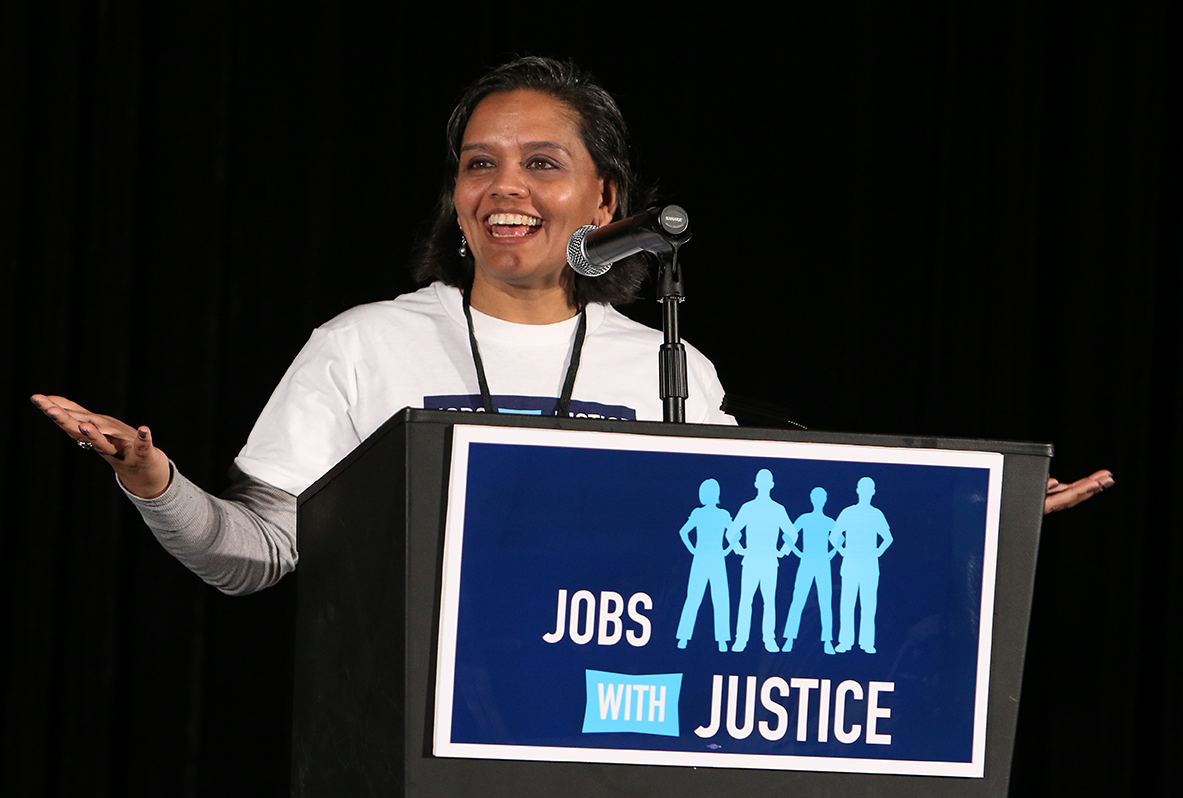 On February 12, 750 Jobs With Justice leaders, activists and allies converged on Washington, D.C., for the 2016 Jobs With Justice National Conference. Conference attendees, who came from across the country and as far as Bangladesh, Cambodia, France, India and Indonesia, spent two days learning from each other, strategizing for future campaigns and taking action with retail and restaurant employees in D.C.

Conference attendees were inspired by plenary sessions throughout the conference, featuring Jobs With Justice leaders, bold worker-organizers and U.S. Secretary of Labor Tom Perez, all of who emphasized the importance of making the connection between the fight for racial justice and the fight for economic justice.

Justice prevails when we break down boundaries and work together. #1u #JwJ16 pic.twitter.com/VYIjQshhHx

We're pumped to have @LaborSec with us today! Thanks for having our backs #jwj16 pic.twitter.com/GsifzvGBCv

“Change doesn’t originate in Washington, it begins w people like you.” –@LaborSec on mobilizing for middle class at @JWJNational conference

Change doesn’t originate in DC, it begins w/ motivated people like the ones I met today at @JWJNational conference. pic.twitter.com/aJ0ftg05WP

Attendees took to the streets of D.C. on Friday afternoon to show solidarity with retail and restaurant workers fighting for fair scheduling and living wages. Together with the Restaurant Opportunities Center United, we called on the National Retail Federation and D.C. Chamber of Commerce to end their opposition to sensible workplace policies.

Throughout the conference, attendees participated in workshops and discussions to develop new skills and bring ideas back home to their own communities and campaigns.

Learning about how visuals are a critical piece of telling our stories effectively. #JWJ16 pic.twitter.com/FPEFKED1lU

Session 1 at #JWJ16 Internal Org is BYOC: Bring your own chair aka Standing room only.

We are diving deep into (free!) data tools for organizers in this full-house workshop. #jwj16 pic.twitter.com/D9XpPGj4MX

Full house at #StudentWorkersRising #jwj16 workshop! If you're a student worker, what problems that are you facing? pic.twitter.com/BljXF6reg5

We closed out the conference with a banquet where we honored JWJ co-founder and former Communications Workers of America President Larry Cohen, celebrated our amazing network and remembered leaders we recently lost.

Jobs With Justice is about more than just good feelings. It's about being there for others when they need your solidarity. #jwj16

As we honor the life&work of our dear friend Treston, we need to remember the power & potential we all have #jwj16 pic.twitter.com/l8RZjM10E6

Thank you to everyone who helped make this conference a success! Check out our full photo album below. 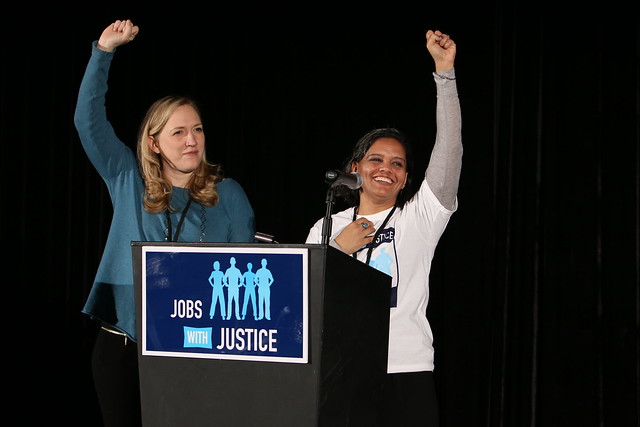