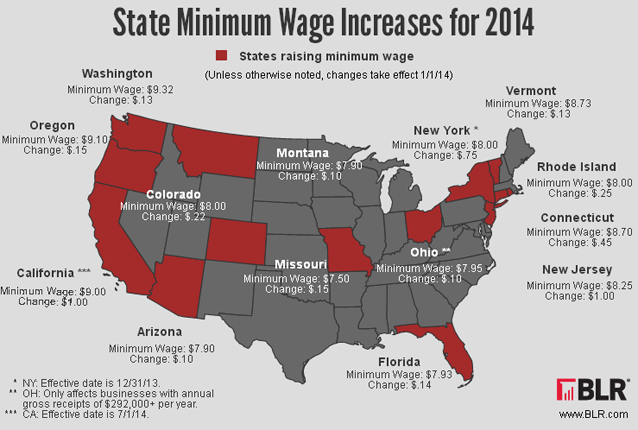 Thanks to new legislation taking effect this year, an estimated 2.5 million minimum wage workers in at least 13 states will receive much-needed pay increases in 2014. As wealth inequality continues to grow, these latest pay increases are a step in the right direction.

Previously, only 19 states required wages above the federal level, currently set at $7.25 an hour. This year that number increases to 21 states. Five states have no minimum wage requirement at all beyond the federal level.

The recent increases to the minimum wage come after a year marked with worker-led campaigns that exposed the crisis of low wages at some of the nation’s most profitable employers. Fast food strikes and Black Friday Walmart protests renewed attention on the reality of low-wage employment in the country. Recent polls show as many as two-thirds of Americans support an increase to the federal minimum wage. Because the federal minimum wage is not indexed for inflation, its actual value decreases each year. However, with the least-productive Congress in recent history failing to act, it has fallen on workers and communities to push for change at the state and municipal level.