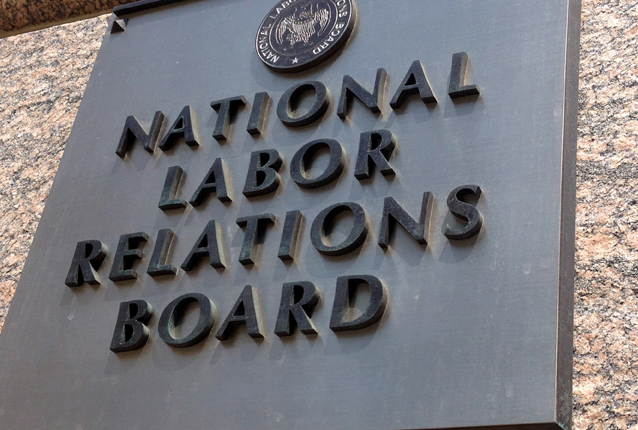 In a highly anticipated announcement, a federal judge issued its decision against Walmart yesterday for taking illegal action against employees who participated in strikes at two California stores.

An administrative law judge with the National Labor Relations Board (NLRB) ordered the company to stop making unlawful threats against members of OUR Walmart, the organization of current and former Walmart associates that have made headlines for widespread protests on Black Friday that call for the retail giant to pay better wages and provide full-time hours.

Following the first-ever strikes by Walmart associates in 2012, several store managers and one national spokesperson threatened employees with unlawful disciplinary action if they joined the strikes. In one particularly egregious example, the judge explicitly cited a store manager who threatened an employee while using a rope to move merchandise: “If it was up to me, I would put that rope around your neck.”

Such threats from Walmart were not isolated to a handful of stores. As demonstrated in our 2013 report, the company took systematic and unlawful actions to retaliate against members of OUR Walmart, including outright firings.

Yesterday’s decision by the administrative law judge will remove disciplinary actions from the records of six employees who participated in the demonstrations at one California store in Richmond. Raymond Bravo, one of the six employees whose records will now be cleared, issued the following statement following the NLRB announcement:

“Walmart cannot continue its abuse of power any longer. Our families and our communities cannot thrive when companies like Walmart create an economy of low pay, erratic scheduling and illegal threats.”

The decision follows one of many official complaints made by the NLRB against the nation’s largest retailer. The agency is still undergoing a major prosecution against Walmart for illegal retaliation against employees that speak out for better working conditions.

Sarita Gupta, executive director of Jobs With Justice, was pleased with the board’s decision:

“The judge’s decision confirms what Walmart workers have known for a long time – the company is illegally trying to silence and intimidate employees who speak out for better jobs. Walmart is facing increasing outrage from customers, community members and clergy who are standing with Walmart workers bravely calling for an end to abuse of power and for a stronger economy that supports all working families.”

Despite the threats and retaliation, Walmart has failed to stop the growing support for associates speaking out for better jobs. This year, OUR Walmart and their supporters staged the largest strikes on Black Friday to date, including the first-ever sit-down strikes at stores in California and Washington, D.C.