Did you know that in two states not paying your student loans could mean your driver’s license can be revoked?

That’s the harsh reality for those who have had to borrow to pay for college in both Montana and Iowa, where there are laws that allow the state to take away your driver’s license for failure to pay back your student loans. For many working class families, losing the ability to drive can have dire consequences on employment, childcare and other core pieces of their daily lives. Both states have had these laws on the books for years, with hundreds of workers who have lost their ability to drive and earn a living, but they’ve largely gone unnoticed.

The Montana Department of Justice defines the sanction for borrowers who default on their student loans as an “indefinite suspension until student loan association notifies Motor Vehicle Division of compliance.” Iowa’s Department of Motor Vehicles says much the same, requiring the state “to suspend a person’s driver’s license upon receiving a certificate of noncompliance from the College Student Aid Commission in regard to the person’s default on an obligation owed to or collected by the commission.”

This isn’t the first time in recent history that the inability to pay off a student loan has haunted borrowers long after finishing school. In October 2010, 42 nurses in Tennessee had their licenses suspended for falling behind on their student loans. The Tennessee Department of Health claimed the suspensions marked a renewed effort to uphold a statute passed in 1999, which states that license penalties can be implemented in the event of defaults on loans. A troubling number of states, more than 15, have similar laws that allow states to suspend, revoke or refuse to certify professional or vocational licenses and, in some cases, impose a fine, when a worker defaults on student loans. These state laws can impact a wide range of workers, from teachers to attorneys.

These state laws are especially troubling in light of the December 2014 report by the Department of Education’s Inspector General, which found that the agency doesn’t have a comprehensive plan to prevent student loan defaults. In fact, they might be punishing debtors who otherwise didn’t know about loan repayment alternatives. The report indicated that the department “may have missed opportunities to identify risks, communicate with servicers, streamline activities and be more transparent,” among other shortcomings.

The irony, of course, is that punishing borrowers who get behind on their payments by revoking their ability to drive or preform their job just makes it harder for them to find full-time work or explore other debt solution options. The punishment actually makes it more difficult for borrowers to pay back their loans, perpetuating a cycle of poverty that could become impossible to escape.

If more states were to adopt laws like these, millions of student debtors could find themselves trapped. There are currently more than 40 million student loan borrowers, and more than 7 million of them are in default on their student loans (or 17.5 percent of all student debtors). It is now more imperative than ever that the Department of Education, and its servicers, find a way to curb student loan defaults as student debtors pay the price for their inaction.

This type of punishment is essentially creating modern debtors’ prisons for those who simply borrowed money to afford an education. Instead of offering retribution, our federal and state governments should be helping student debtors who are struggling with their debt burden find repayment options that prevent defaults that could cost them their livelihoods. 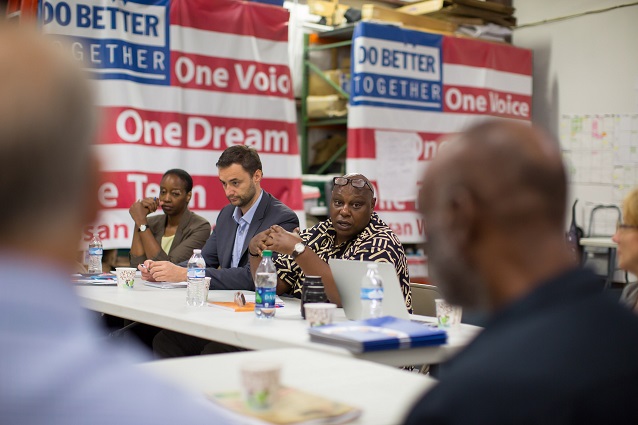 Committed to the Color of Money: Corporations that Target and Mistreat Minorities