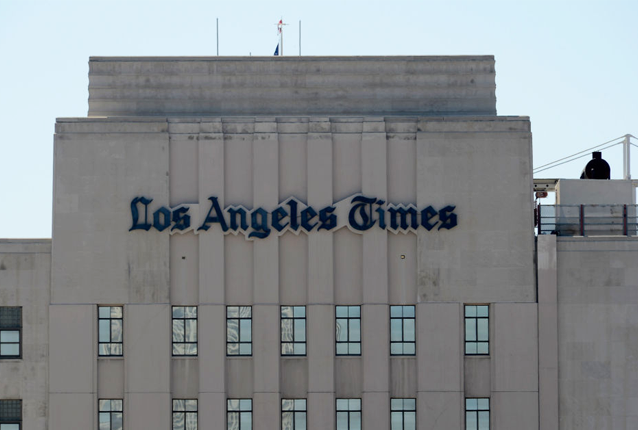 Last week, a majority of newsroom staffers at the Los Angeles Times announced their intention to join together in union and join their colleagues at other newspapers who are already members of NewsGuild-CWA. Soon after, Tronc, the corporate owners of the paper, issued a letter to tell the Times staff that their union wasn’t welcome.

In its letter, the corporation cast the NewsGuild as an outside third-party and presented various worst-case scenarios if employees voted to join in union (like lower wages and benefits). The letter may seem eerily familiar to those who have ever been involved in an organizing effort, or worked for a notoriously anti-union corporation.

From universities to retail giants like Walmart, employers use the same clichéd scare tactics via boilerplate videos, memos, and other propaganda, to prevent working people from uniting to earn a fair return on their work. That’s because 75 percent of employers hire outside anti-union consultants to carry out these types of campaigns and squelch union organizing effforts.

Whoops! LAT's anti-union consultants forgot to tailor their anti-union form letter: 'You could be STUCK with the [Union].' Money well spent! https://t.co/1Mg1DjmcMD

The content they used was obviously lifted from one of the anti-union handbooks peddled by high-priced “union avoidance” firms. The textbook anti-union arguments underscore that company management cannot be bothered to listen to the concerns of their newsroom staff and are solely interested in the bottom line. The Los Angeles Times staff deserves more than a hollow response from executives who continue to receive fat compensation packages and lavish perks.

Here’s why Los Angeles Times reporters and other staffers are coming together, in their own words:

We deserve to be compensated fairly for our hard work, our skills and our depth of experience. We are determined to halt the rampant turnover and knowledge flight that has destabilized our newsroom. With a union, we can begin to address stagnant wages, pay disparities and declining benefits. And we can create a workplace that reflects the diversity of Southern California.

While no consolation to the newsroom staff, we were inspired by Tronc’s tired follow up note. As a tribute to cookie-cutter corporate unionbusting memos and propagandists everywhere, we present Unionbuster Mad Libs!

Fill in the blanks below to take your own creative spin on a generic, anti-union form letter: