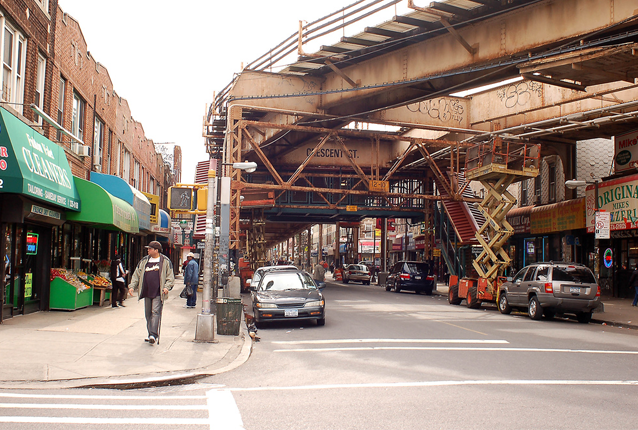 Two years ago, New York City Mayor Bill de Blasio made headlines with campaign speeches that told the “tale of two cities” and laid out a progressive agenda to create more balance in our economy. Now, the Alliance for a Greater New York (ALIGN) is challenging him to make good on that promise by ensuring that his ambitious rezoning plan results in real affordable housing and good retail jobs for NYC residents.

Many families simply cannot afford to live in New York City. According to the Census Bureau’s American Community Survey, New York City is home to the greatest income gap between the wealthiest and poorest in the country. The top five percent of households earn 88 times what the bottom 20 percent earn. Skyrocketing rent costs contribute to the off-kilter economy in the city. Rent in the city has risen faster than inflation over the last three years; the median rent with utilities now sits at $1,325 a month. In Manhattan, average monthly rent is $3,438.

The crux of de Blasio’s rezoning plan is to create mixed-income housing that is anchored by ground floor retail tenants that help sustain the new developments and bring jobs to the community. While this sounds good on paper, many communities that have been through re-development have seen “mixed income” result in only a small fraction of affordable units and “mixed use” bring big chain stores with poverty-level jobs that drag down living conditions.

ALIGN believes it’s possible for NYC to do better, and is working through two coalitions – Real Affordability for All and Walmart-Free NYC – to set new standards for development that meet the needs of all New Yorkers.

“There is an opportunity here for economic development that sustains working people and communities,” said Martiza Silva-Farrell, Campaign Director at ALIGN. “But communities need to have a say in what is built, in what kinds of jobs will be there and in what defines affordable housing and good jobs.”

On June 12, the Walmart-Free NYC coalition released a new report, Taking the High-Road: How the City of New York Can Create Thousands of Good Retail Jobs Through Neighborhood Rezoning. The report responds to the possibility of low-road corporations like Walmart using the rezoning process to sneak into the city by laying out a clear policy roadmap for how the city can ensure that the jobs created in new mixed-used developments are high quality.

“Retail is one of the fastest-growing sectors of our city’s economy, and we want to ensure that future retail jobs in rezoned neighborhoods strengthen the lives of local residents and families,” said Audrey Sasson, Director of Walmart-Free NYC. “Our communities deserve much better than Walmart and other low-road retailers. Mayor de Blasio has a history of opposing Walmart and fighting for good jobs. We want him to take bold action and show that his administration is fully committed to making our city a leading high-road retail city.”

The report lays out standards for what qualifies as a “high-road” retailer, including offering New Yorkers a combination of living wage jobs with benefits, stable full-time schedules, ample training and career advancement opportunities, along with the freedom to form a union.

Walmart Free NYC’s roadmap for good retail jobs adds to a rezoning agenda that the Real Affordability for All coalition has been pushing for the past year. The agenda includes significant goals for affordable housing and new construction that create quality jobs for local neighborhood residents.

Specifically, Real Affordability for All is calling for at least 50 percent of apartments in each new development to be affordable for current residents of the neighborhood, and that what is considered “affordable” be tailored to each community so that long-term residents aren’t priced out.

“In neighborhood rezoning efforts, the de Blasio administration can and should make it clear to developers that it is crucial to incorporate each community’s vision for high-road retail into new projects,” said Josh Kellermann, Senior Researcher at ALIGN and the lead author of the report.

As the rezoning process moves forward, both coalitions will engage in grassroots campaigns and mobilize a broad constituencies to win their vision of community and worker-driven economic development that puts families first allows all New Yorkers to thrive.