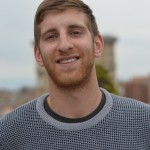 This week, employees of companies like Marshalls, McDonald’s and Macy’s told nearly 100 Washington, D.C. residents gathered at Pennsylvania Avenue Baptist Church how unstable hours and so-called “just-in-time” scheduling practices take a toll on their families and their ability to make ends meet. The community hearing kicked off the launch of the DC Just Hours campaign, and gave the men and women who work in D.C.’s service industry a chance to talk about their experiences, and for them, along with representatives from community organizations and elected offices to present policy solutions for a problem ripe to be solved. Those who spoke at the hearing, hosted by the DC Jobs With Justice Workers’ Rights Board, included not only employees, but also education advocates, faith leaders and elected officials.

In a report on D.C. employer scheduling practices released last month by DC Jobs With Justice along with Jobs With Justice Education Fund, DC Fiscal Policy Institute and Georgetown University’s Kalmanovitz Initiative for Labor and the Working Poor, a survey of 436 respondents in the retail and restaurant/food service industries found that D.C. employees are granted too few hours on too short notice, challenging their ability to lead a good life.

At the hearing, testimony given from people who work for fast food and retail companies confirmed the report’s findings. RasImani Diggs, a clerk at Marshalls described her experience asking her supervisor for additional hours: “We ask for more hours, but it’s always the same song. They say, ‘We don’t have enough,’ but then hire 15 more people.”

“Just-in-time” scheduling practices, where employees are asked to come and go depending on how much work there is to do, are highly prevalent in the District. According to the report, “Unpredictable, Unsustainable: The Impact of Employers’ Scheduling Practices in D.C.,” nearly half of surveyed employees said they first learned of their work schedules less than a week in advance and nearly one-third received scheduling changes with less than 24 hours’ notice. Individuals can also be assigned on-call shifts, where they call in shortly before their shift to find out if they’re needed. Essentially, employees are expected to be available full time when they only receive part-time pay. Sixty percent said they must always be available to fulfill any assigned work schedule – regardless of the days or hours – in order to be considered for full-time hours or the best shifts available. Practices like these result in unpredictable incomes and work schedules that make it hard for individuals to budget, arrange childcare, continue with education or hold down a second job to try to make ends meet.

Laura, a cook at McDonald’s, spoke of the difficulties of receiving her work schedule with little advance notice. “We never know what our schedule is going to be for the week,” she told the board.

D.C. Councilmember Elissa Silverman spoke in support of ending erratic scheduling practices. “We need to come together as a city to find a solution to these issues,” she said to the crowd.

Business owners have also expressed support for fair scheduling legislation, as reliable schedules can lead to more productive employees and lower turnover rates. According to the Center for Law and Social Policy, when lower-wage, hourly employees have workplace flexibility, 79 percent of managers report increased productivity and 74 percent report lower absenteeism. And when businesses take into account their employees’ scheduling needs, turnover rates have been found to be 22.9 percent lower.

Tony Lucca, owner of 1905 Bar & Bistro and El Camino Restaurant affirmed the benefits of predictable schedules. In a statement shared as testimony at the event, he explained, “Because of how we treat our staff, we have relatively low turnover and employees are satisfied with their jobs. I believe all workers in our industry – and others – deserve fair schedules. We need public policies to create a minimum standard for workers’ schedules.”

While many employers see the value of stable schedules, it’s clear that some of D.C.’s employers can do better. Through the DC Just Hours campaign, DC Jobs With Justice is leading the charge to ensure elected representatives can set commonsense standards for stable work schedules to continue making Washington, D.C. a great place to live, work and sustain a family.

The momentum to ensure more of our friends and neighbors can secure better hours and better lives is building. Last year, Jobs With Justice San Francisco led a successful campaign to pass the Retail Worker Bill of Rights, requiring large chain stores operating in the city to offer more hours to part-time employees before hiring additional employees.  Under this policy, employers must provide employees with notice of schedules two weeks in advance and pay them when their shifts are canceled with less than 24-hours’ notice. And just today, Senators Warren, Murphy, and Murray and Representatives DeLauro and Scott introduced the Schedules That Work Act in Congress so that everyone has the right to request a predictable schedule.

To learn more about the movement for fair, predictable scheduling in D.C., check out the DC Just Hours website.