How the Treasury Department Is Stepping Up to Protect Student Debtors 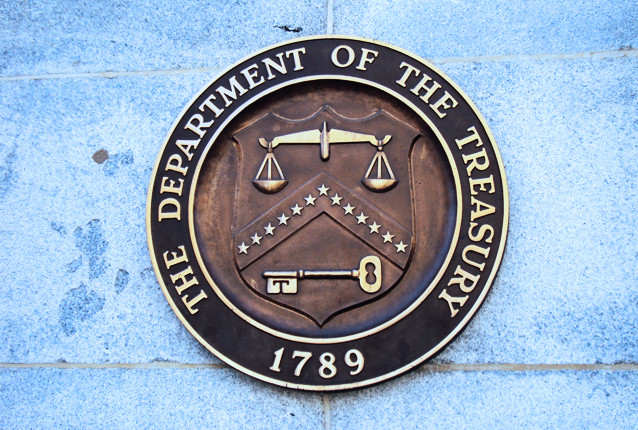 In an important step forward, as reported in Huffington Post, the U.S. Treasury Department will create a pilot program to serve as the debt collector on federal student loans, a function currently performed by private contractors. As soon as early 2015, the Treasury Department could task federal employees with helping defaulted federal student loan borrowers successfully get back on the path toward loan repayment.

By taking some student loan borrowers’ accounts away from private student loan collectors and moving them to a federal program, the Treasury Department is sending a clear message that they hope to change the flawed process defaulted borrowers currently face. If the pilot program proves successful, it’s likely that the Treasury Department would continue to expand its efforts and take on this aspect of servicing student loan accounts. A transition like this would be a huge victory for struggling borrowers: removing the debt-servicing middlemen that have gotten rich by targeting those in precarious positions because of their loans.

In a report commissioned by Jobs With Justice released earlier this year, researchers at the University of Michigan and Elon University proposed a similar system of in-sourcing aspects of the federal student loan servicing back into the federal government. The report suggested that a federal program could go beyond just debt collection and include student loan servicers, as well, saying,

“A public loan-servicing unit, with a mandate to prioritize attentive and responsible service over revenue maximization, can set baseline quality standards against which to gauge the performance of private TIVAS and NFPs.”

Creating a successful federal pilot program on student debt collection could eventually lead to the increased pressure to develop a similar student loan servicer counterpart within the federal government.

It is not surprising that the Treasury Department has stepped in to intervene in this area of federal student loans previously handled only by the Education Department. Earlier this year, the National Consumer Law Center released a report, “Pounding Student Loan Borrowers: The Heavy Costs of the Government’s Partnership with Debt Collection Agencies,” which detailed how private student loan debt collection contracts cost taxpayers billions of dollars. It also suggested that student loan borrowers’ concerns weren’t factored into evaluations and that the Department of Education was failing to provide necessary oversight into the private debt collectors’ behaviors. Similar problems have been discovered by other investigations. The Department of Education’s internal auditor recently found that the debt collectors were being paid based on their own estimates instead of documented invoices, and the Government Accountability Office documented what appears to be debt collectors’ violating federal debt collection law with no repercussions.

Deputy Treasury Director Sarah Raskin Bloom has spoken passionately about correcting the bad practices found in student debt servicing and in recent speeches said, “We must do everything in our power right now to guarantee accuracy and fairness in the loan servicing industry.” Creating this pilot program is an important step forward in removing the corporate agenda that is plaguing higher education by raising standards that many have come to expect and putting in new safeguards for student debtors.