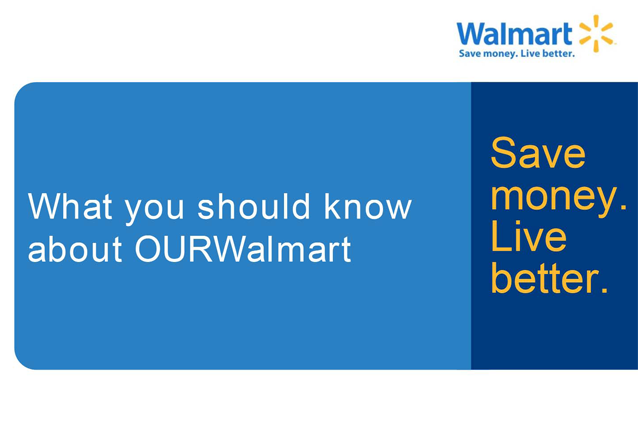 The files are rife with misleading claims about OUR Walmart, the association of current and former Walmart employees who have gained attention through recent protests demanding better wages, adequate hours and respect on the job. One document clearly instructs supervisors to immediately report “early warning signs” such as “speaking negatively about wages and benefits” to the company’s so-called Labor Relations Hotline.

These latest leaked memos illustrate a company-wide effort to prevent employees from associating with OUR Walmart. They lend further credence to the federal government’s case against the company for alleged unlawful retaliation against employees exercising their rights. As shown in our recent report, Walmart workers that have spoken out have been met with unlawful disciplinary action, including firings.

While one memo clearly states that threatening employees is illegal, the company doesn’t seem to discipline the managers and company executives that do. The National Labor Relations Board specifically charged that Walmart spokesperson David Tovar, when he appeared on national television in November 2012, illegally threatened associates with potential disciplinary action if they engaged in actions on Black Friday. Far from disciplining Tovar, Walmart promoted him to vice president of corporate communications.

The documents were published shortly after well-known hackers Anonymous announced their intention to target the retailer and can be viewed here: