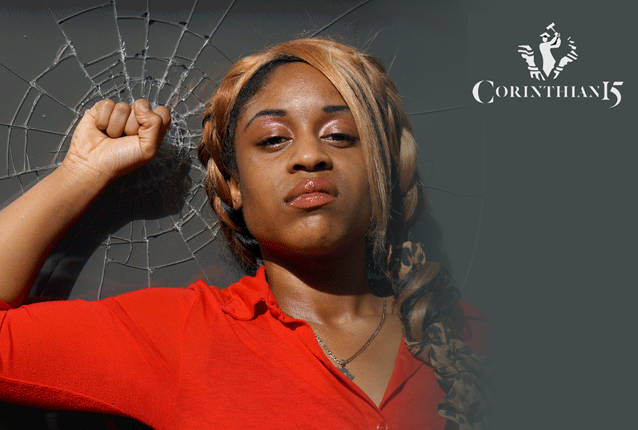 Natasha Hornes, a former student of Everest University, is participating in the debt strike. Original photo courtesy of Strike Debt.

The strikers, dubbed the “Corinthian 15” after the now-bankrupt network of for-profit schools they attended, announced the strike with a simple message directed at the Department of Education:

“We owe you nothing.”

Last year, Corinthian Colleges, the for-profit chain that includes campuses such as Everest University, announced that it was facing bankruptcy and would shut down. Under federal law, if a student’s school closes, all of their debt is forgiven. But because of the Department of Education’s well-documented botched handling of Corinthian’s bankruptcy, tens of thousands of former students may be left with outstanding, illegitimate debt that they are required to pay off.

To avoid having 72,000 students suddenly without a college after Corinthian announced its plans to file for bankruptcy, the Department of Education brokered a deal that supplied Corinthian with enough federal funds to stay open until Corinthian sold 56 of its 107 campuses to ECMC, an agency that is contracted by the department to collect debt on defaulted federal student loans and has no experience running educational institutions.

While Corinthian was in the process of trying to find a buyer, the company continued to enroll new students – knowing full well that it was going out of business. Likewise, for four years after problems at the company surfaced, the Education Department continued to funnel federal student loans to these new students, and ultimately issued $1.4 billion dollars each year, fully aware the school would be shutting down and that these student debtors would struggle to ever repay the loans. In order to avoid scrutiny and risk losing access to federal student aid, Corinthian had openly manipulated the default rates on federal student loans and misled tens of thousands of students into taking on student debt that it knew many were unable to repay.

The Consumer Financial Protection Bureau, after years of investigating the company, ultimately sued Corinthian Colleges for the company’s predatory lending practices, evidenced through a variety of schemes to falsify job placement rates, including defining “career” as a job that lasted at least one day, paying employers to hire their graduates, and providing “career counseling” that amounted to forwarding job postings from websites like Craigslist. In addition to the lawsuit, the Consumer Financial Protection Bureau ordered that for a sale of the Corinthian-owned colleges to be completed, ECMC would have to forgive $480 million of private student loan debt issued to students, reducing each debtors’ private student debt by about 40 percent. While the Consumer Financial Protection Bureau took measures to ensure a substantial debt relief was provided, the Department of Education has failed to do the same.

And that’s where another federal law comes in. Not only is the department required to cancel the federal student debt of those who have their schools close, but the Higher Education Act requires them to implement plans to cancel student debt when colleges commit fraud against students and former students – fraud that would include promoting misleading job placement rates, for example.

By propping up Corinthian Colleges until it could secure a buyer, the federal government has effectively ensured that tens of thousands of students won’t be able to access the loan forgiveness guaranteed by federal law. Strike Debt (the organizers behind the Corinthian 15) has received reports that even the students that attended schools that were shut down are being bullied into signing away their right to a refund.

By launching this student debt strike, the Corinthian 15 have put the department on notice that it will not get away with charging tens of thousands of student debtors for illegitimate debt.

The department has failed to publicly put together any plan to notify debtors about their right to drop their debt. Without this historic student debt strike, it’s likely the federal government ever would. And since announcing the debt strike, hundreds of former Corinthian students have reached out to the strikers and the Debt Collective hoping to join the strike and have their illegitimate debt canceled.

We are proud to stand in solidarity with the Corinthian 15 as they display steadfast bravery and leadership in taking on the Department of Education. These debtors have continued to stand up and strike despite facing serious consequences, including have their wages, tax returns, social security and disability payments garnished. To stand up to the department means to stand against the entire student debt system, and it’s important that the Corinthian 15 don’t stand alone.