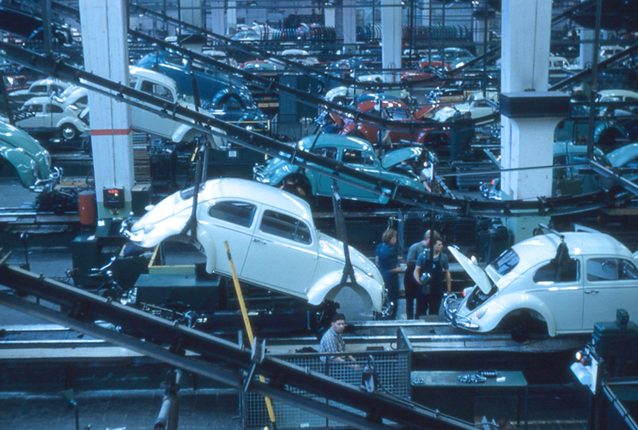 Last week’s union election at Volkswagen’s Chattanooga, Tennessee, assembly plant – where workers fell 86 votes short of gaining union representation through the UAW – leaves a foul taste in my mouth. My reaction isn’t a matter of sour grapes, as I deeply respect the right of workers to decide if they want union representation. The aftertaste stems from the outside contamination of what was meant to be the VW workers’ election.

While the ingredients for a clean union election seemed present, the fact is that VW’s employees didn’t have the opportunity to vote in the sanitary conditions that federal law requires. That’s because Republican politicians and conservative special interest groups infected the fair election process agreed to by VW and the UAW – a process intended to be devoid of the typical anti-union employer behavior that’s become all too standard.

Examples of right-wing leaders dirtying up the election are abundant. U.S. Senator Bob Corker repeatedly issued intimidating statements to workers through the press to warn against a union coming to the plant. He even alleged that VW would build a new line of SUVs at the plant if workers voted against the UAW, which would be grounds for a labor law violation if his claims were actually true. Tennessee Governor Bill Haslem thrust – incorrectly – the state’s general economic future on the backs of the Volkswagen workers. Republican leaders in the Tennessee statehouse threatened to withhold tax incentives for VW if workers voted for a union. One local politician asserted (implausibly) that parts suppliers would refuse to locate in Tennessee, costing the state jobs. Grover Norquist’s deceptively-named front group “Center for Worker Freedom” even bought billboards to hound workers with large anti-union ads on their daily commute.

The anti-union campaigners often pretend to have the workers’ best interests at heart. But it doesn’t take much effort to dig up their true agendas. In this case, a reporter from The Washington Post was able to surface one local politician’s motivations:

“Take Republican State Rep. Mike Sparks, whose district includes Nissan’s 7,000-worker plant in Smyrna. His mother-in-law worked in the plant for 24 years and had 11 surgeries because of it, and he’s frustrated at how the company has hired more temporary workers. But he doesn’t want Nissan to unionize, and explains his conservative colleagues’ opposition to the UAW in simple terms.”

“The UAW does not donate to Republicans,” Sparks said.

Rep. Sparks, his Republican colleagues, and outside conservative groups don’t care about a better workplace. They bullied the workers for purely selfish, political reasons. And, in the process, they contaminated the environment for a fair union election.

That’s what leaves me tasting a bitter swill. We don’t know if VW’s workers genuinely opposed union representation, or if they were coerced into voting no.

Absent remediation, Republican politicians and outside conservative groups will continue to deny workers and employers a fair union election process. Already, in Mississippi, where Nissan workers are engaged in union organizing, Republican lawmakers are using the legislative process to make such an environment impossible.

Chattanooga, therefore, must be a clarion call for anyone who values the ability for working people to collectively improve their jobs more than the fundraising opportunities for politicians. We must do what’s necessary to ensure a “clean kitchen” for future union elections. Supporting the NLRB’s recently re-issued rule to modestly reform union elections so workers who want an election can, at the least, have one is a good place to start.