What’s Next After United States Vs. Texas 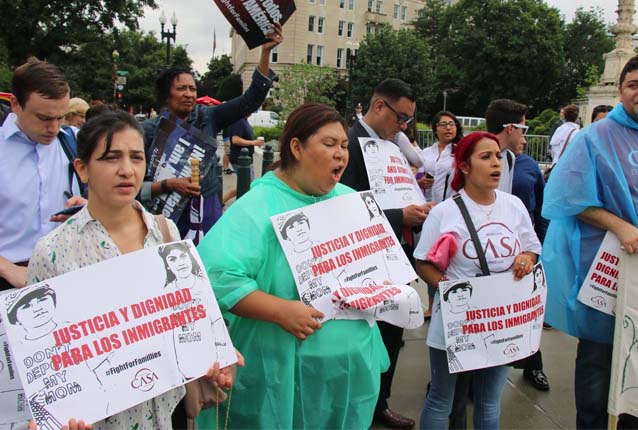 The U.S. Supreme Court announced Thursday that the decision in the United States v. Texas case was a tie, stalling the most significant immigration initiatives in decades, and effectively letting a lower court’s bad decision stand.  Programs that would keep millions of people from being deported will now not be implemented under President Obama’s administration— a blow to working families across the country.

While there is no substitute for comprehensive immigration reform, the DAPA and expanded DACA programs would have allowed millions of people to apply for work permits and relief from the threat of separation from their families and communities. The ability to work with status is the single most important job-related protection for immigrants, as it prevents employers from using the threat of immigration enforcement to exploit and retaliate against people who work for them.

Increased access to work authorization has the potential to create a ripple effect on far more than just those individuals who are waiting to apply directly to DACA and DAPA. There are currently thousands of men and women who aren’t protected from retaliation by their employers when they blow the whistle about wage theft and dangerous working conditions.

Despite the setback, we will double down in supporting immigrant whistleblowers so more people can have a better chance to negotiate with their employers to create a fair return on their work. Even without access to work permits, countless brave immigrants have stood up to the threat of immigration, like those who work for Tito Contractors who won back unpaid wages by coming together for real improvements at work.

Now, we and our partners and allies must get to work. We must ensure the administration does what is necessary to safeguard working people. We will remain steadfast in pushing regulators to grant access to prosecutorial discretion to protect anyone exercising their labor or civil rights, stopping ICE raids, blocking family detentions, and ending deportations of all those who remain vulnerable. We will continue making these interventions and others while we wait for Congress to provide a permanent solution to our broken immigration system.