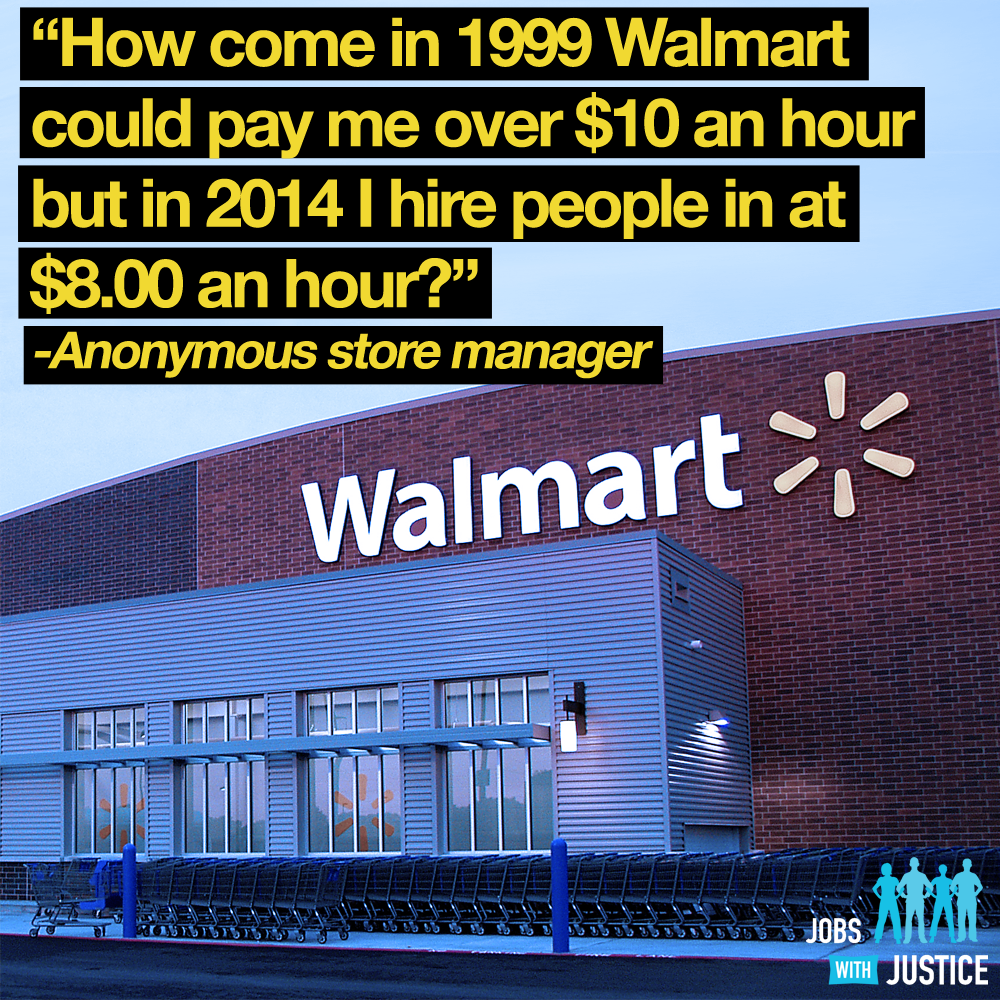 Following a series of articles from Walmart employees describing what it’s like to work for the world’s largest private employer, Gawker has just published an anonymous email from a much different perspective: a longtime store manager.

The current assistant store manager was compelled to share his own experience after reading several accounts written by store associates.

The author describes in detail how the company has systematically slashed employee benefits over the course of two decades. “Walmart has been hacking on its benefit and pay structure for years to save on cost,” he says, including merit-based raises, profit-sharing programs and full-time hours. The company has also initiated new programs, such as pay caps for certain positions. “I have many associates who have not received a raise in nearly nine years,” he claims.

Many of these changes came directly from the home office. Walmart has increasingly centralized its employee policies over the last two decades, including hourly raises. Whereas store managers used to be able to provide raises, “now all pay is controlled by home office.”

Walmart has also imposed new restrictions on the number of full-time employees at each store. The company previously required 60 percent of employees to be full-time and has now cut that down to 40 percent full-time, 40 percent part-time and 20 percent temporary workers who are not entitled to any benefits.

“Do you know how hard it is to go to someone that makes $8.85 an hour and tell him, sorry but I have to cut you down to 25.5 hours. These people can barely pay their rent as it is and with no notice we cut their hours.”

Just as many associates have faced retaliation for speaking out, including being outright fired, the author echoed similar concerns for his own job. “I could never send an honest feedback such as this email to anyone of authority at Walmart without being retaliated.”

This latest revelation lends further credence to the federal government’s case against the company for alleged unlawful retaliation against employees exercising their rights. With so many aspects of company policy originating from the home office, it appears unlikely that such retaliatory actions against employees are isolated incidents restricted to a few store managers.

As even more light is shed on what it’s like to work for the world’s largest retailer, we will continue to support Walmart employees speaking out for decent wages, adequate hours and respect on the job.