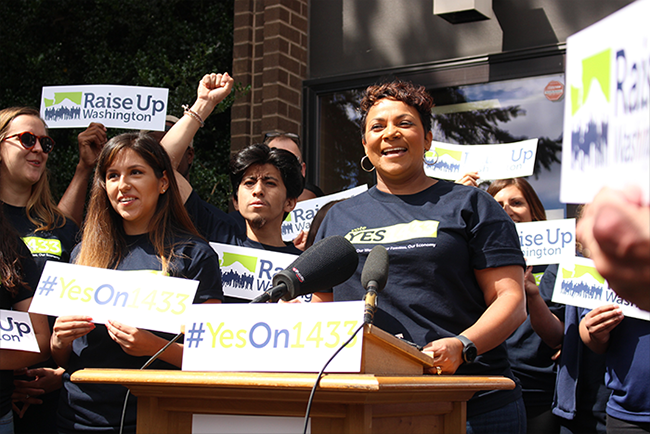 Amidst a general election that is sure to be discussed, analyzed and hypothesized about for weeks, if not months to come, one aspect you could easily overlook is some resoundingly good news. Voters made their voices heard on policies that directly benefit working people’s ability to provide for their families.

The same rules enacted by voters in Arizona and Washington now will require employers to provide and paid safe leave and paid sick leave. These important measures protect the right of women and men who are survivors of domestic violence and sexual assault, giving them the opportunity to take paid time off from work to access, legal and support services in addition to medical care. Only five other states – California, Connecticut, Massachusetts, Oregon, Vermont and Washington, D.C. – provide similar protections for survivors of abuse.

Voters in Maine, and in the city of Flagstaff, Arizona, also elected to do right by the thousands of people in their communities who live off of tips. Voters in these jurisdictions cast their ballots to eliminate the sub-minimum wage for tipped employees; largely those who work in restaurants. Most of the workers whose compensation is primarily dependent on tips have been stuck with a prehistoric sub-minimum wage of $2.13, an amount that Congress hasn’t changed in two decades, due to the intense lobbying efforts of the well-funded, powerful restaurant industry. As a result, tipped workers, most of who are women and many of which are moms, struggle trying to make ends meet while earning notoriously erratic, unsustainable income.

Despite the amount of unknowns resulting from this election, the mandate from voters on workplace issues is clear. When given the option, voters consistently enact policies that sustain families.