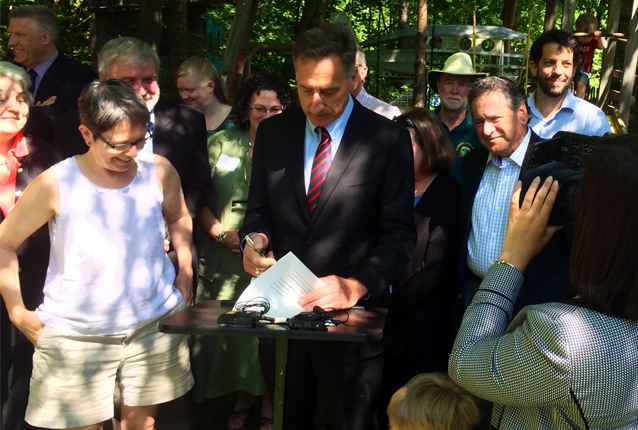 Yesterday, Vermont Governor Peter Shumlin signed into law a bill that guarantees early childhood educators the right to organize and collectively bargain with the state. The bill signing marks a major milestone in a four-year effort to raise working standards and bring a true voice to early childhood care and education providers across Vermont.

The Vermont Workers’ Center, a Jobs With Justice affiliate – along with Vermont Early Educators United (VT EEU), an affiliate of AFT – was on the front lines of this battle to secure collective bargaining rights for child-care providers. Vermont Workers’ Center in particular played a critical role in educating legislators and community members on the need to fund early childhood education and to value the work of care providers.

The success of the campaign hinged on recognizing that child-care providers are a critical workforce, one that all communities depend on. While early childhood care is one fastest growing jobs in the economy, many of those providing in-home child care are earning less than $10 per hour.

Anna Gebhardt, an educator and organizer with VT EEU, explains: “No one becomes an early educator for the money – they do it because they really love it. But at the same time they all face the same struggles – no wages, no benefits, no hope for retirement, and not feeling like they have a partnership with the state.”

In an interview in Truthout, Heather Hassett, a lifelong early educator and current AFT member-organizer echoed those sentiments, explaining, “Child care is physically, emotionally and mentally draining. Many providers work in excess of 12 hours a day, no lunch break, no downtime whatsoever. Many of them often make less than minimum wage.”

James Haslam, the executive director of Vermont Workers’ Center, explained that before the child-care workers came together to form a union, they were effectively voiceless about the decisions that affected their lives. Now with collective bargaining rights, an estimated 1,400 to 1,500 providers will be able to negotiate over things like subsidy rates set by the state, funding for training and other issues over which both sides agree to bargain.

In working with child-care providers, Vermont Workers’ Center organizers began to realize that they are often the strongest advocates for greater spending on child care, and that in turn, parents could also be natural allies in the fight for providers to earn union rights. In response, the group built a strong collaborative alliance of parents, child-care providers, and child-care center owners and directors to forge a united front that lobbied to improve access to care, quality of care and job standards for providers.

Matt McGrath, an organizer for Vermont Workers’ Center, noted prior to this coalition, advocates for children and advocates for providers had often been at odds over what mattered most for improving Vermont child care – whether to prioritize increases for quality improvements, more sustainable pay for providers, or greater access to care for low-income parents. Yet as McGrath pointed out, “There is not enough money in early education, period…. The challenge is getting advocates on the same page, not trying to fight for a smaller piece of the pie.” In an effort to create unity, Vermont Workers’ Center organized the coalition into its Put People First campaign, offering the previously strange bedfellows an opportunity to speak as one strong voice to the legislature in favor of funding for a wide range of community needs.

The child-care worker bargaining law is a victory worth celebrating. With Vermont’s law on the books, in-home child-care providers in 14 states have the right to organize and collectively bargain (though contracts have yet to be negotiated in all of those states.) Organizing into unions has allowed providers across the country to improve their job conditions and offered workers an opportunity to advocate for improved access to quality, affordable care for the families they serve. In fact, two recent studies indicate just how clearly job quality is tied to quality of care. In Washington state, an Economic Opportunity Institute study found that through their unions, child-care providers gained critical skills and access to training, leading to increased job stability and less turnover. A Rutgers University survey also revealed that providers in New Jersey overwhelmingly viewed their union as “an important force in fighting for child-care improvements with the governor and legislature.”

To learn more about how early childcare providers and the Vermont Workers’ Center organized to victory,  check out this article in Truthout. 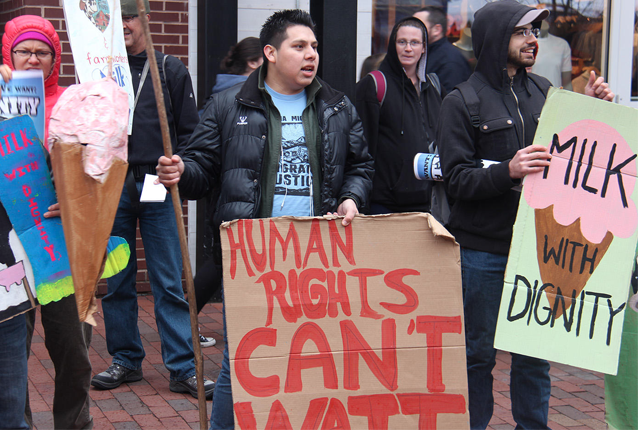