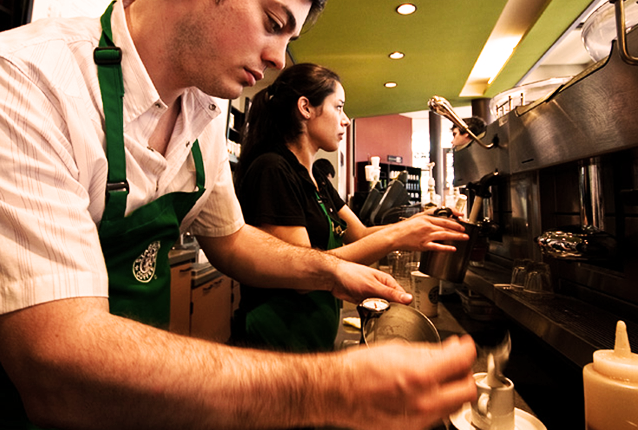 Today, San Francisco’s Board of Supervisors unanimously approved the Retail Workers Bill of Rights, a potentially precedent-setting package of legislation to address abusive scheduling practices at corporate retailers. The legislation is expected to pass a second vote by the board and be signed into law by the mayor in the next few weeks.

The package of bills, advanced by community-labor coalition Jobs With Justice San Francisco, is a commonsense approach to help employees of massively profitable chain stores and restaurants achieve fair and consistent schedules with enough hours to plan their lives and take care of their loved ones.

In a city boasting the second highest income inequality in the nation, these policies could usher in reliable and sufficient schedules for more than 40,000 people working in San Francisco’s chain stores and restaurants. Building upon the $15 minimum wage increase approved by voters earlier this month, these bills will mark significant progress toward making San Francisco a great place to live, work and raise a family.

“All families need strong wages, stable hours and sane schedules to build a good life. But too many of our neighbors who serve our food, stock our shelves and sweep our floors have jobs that grant too few hours on too short notice and require them to be at the beck and call of their employer.”

Unpredictable schedules and inadequate hours are not unique to retailers in San Francisco. Companies like Walmart and McDonald’s have rigged the rules by intentionally denying employees more hours and implementing scheduling systems that wreak havoc on their ability to take care of their families.

Despite a huge step forward for San Francisco, retail workers in other cities around the country continue to struggle. Tiffany Beroid worked at a Walmart store in Laurel, Maryland, for almost three years as a customer service manager. She earned $10.70 an hour, but she was only given an average of 20 hours per week, despite being classified as a full-time employee. Without adequate hours, Tiffany was not able to earn enough to pay for child care for her two daughters. She was eventually fired by the company after going on strike with OUR Walmart.

To protest Walmart’s unlawful retaliation against employees like Tiffany, last week, Walmart associates announced they are going on strike on Black Friday, the busiest shopping day of the year.

The company’s retaliatory response to members of OUR Walmart is one reason groups like Jobs With Justice San Francisco are turning to policymakers to address scheduling practices in the retail industry. Just as minimum wage increases and paid-sick days are gaining traction in several cities and states, the movement for “jobs with just hours” will continue to gain steam as more of us demand that America work for those who work for a living.

In response to growing outrage over the turbulence families are experiencing due to the rise of inflexible and erratic schedules, community and labor advocates in a half dozen cities are planning to move similar reforms in 2015 that could potentially be modeled off of the Retail Workers Bill of Rights.

You can learn more about this legislation at RetailWorkerRights.com.