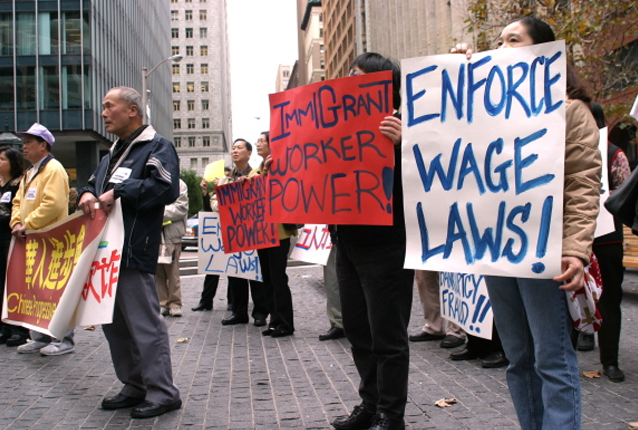 The third and final presidential debate yesterday was short on immigration but did touch on the important topic of exploitation and retaliation against undocumented workers. While the post-debate fact checkers quibble over what extent this occurred on one specific project, we know such retaliation exists and it is a problem.

All too often disreputable companies exploit undocumented immigrants and then use the threat of deportation to prevent them from blowing the whistle on the company’s illegal actions. While the Interagency Working Group for the Consistent Enforcement of Federal Labor, Employment and Immigration Laws has been charged by the Obama administration with implementing solutions to this problem, it has failed to produce access to immigration relief and worker protections for those people fighting to improve their workplaces.

Our country’s immigration enforcement strategies must complement, rather than conflict with, labor and employment law. Working people—regardless of immigration status—must have real access to the protection of labor, employment, health and safety and other laws. Whatever happens in the election, the new Congress and administration must be willing to provide protections for whistleblowers and pass comprehensive immigration reform to stop the exploitation and the race to the bottom on wages and working conditions that benefit the wealthy few.