Looks like the critics were wrong on this one 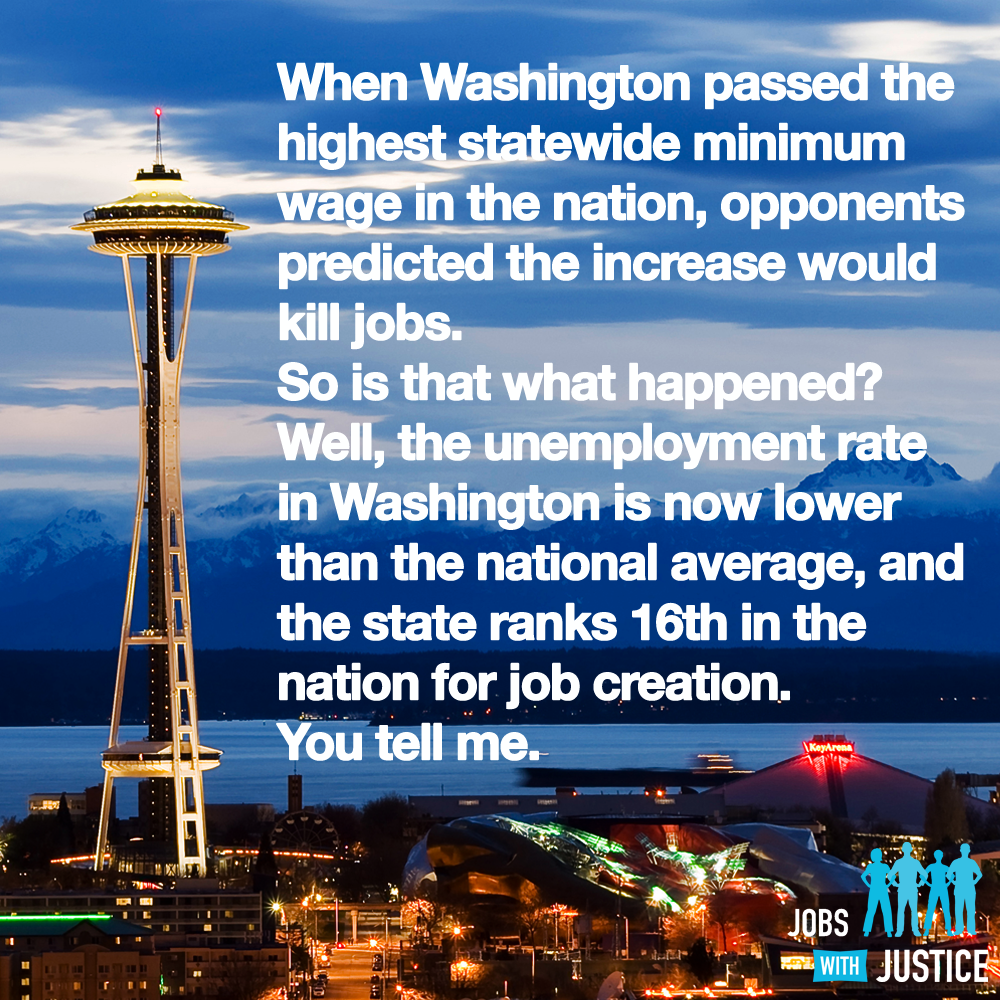 Opponents to raising the minimum wage often declare doomsday predictions about what will happen to jobs. But is any of it true?

“Washington state, for example, has the nation’s highest rate, $9.32 an hour. Despite dire predictions that increases would cripple job growth and boost unemployment, this isn’t what happened.

At 6.6 percent, the unemployment rate in December was a click below the U.S. average, 6.7 percent, and the state’s job creation is sturdy, 16th in the nation, according to a report by Stateline, the news service of the Pew Charitable Trusts.”