It’s been more than 100 days since the unnecessary and tragic shooting death of unarmed, 18-year-old Michael Brown, and many black, brown and justice-defending communities are experiencing anguish and anger resulting from this recent act of police violence. This week we face a deeper level of hopelessness as we learn of the judicial system’s failure to indict Darren Wilson for any crime after he took the young life of this African-American teenager.

Now in the absence of an immediate path to justice for Michael Brown’s family, Jobs With Justice stands with many allies from labor, community, faith and student organizing movements who are demanding that the public conversation and action moving forward focus on ending police violence in Ferguson and across the nation. The media must turn its attention to the injustice that sparked the protests, and the demands of peaceful protesters, instead of highlighting the few acts of destruction in the aftermath of the grand jury’s decision. And this country must redouble its efforts to build a judicial system that provides civil and human rights for all and ends the fear, suffering, harassment and neglect of too many of our brothers and sisters. 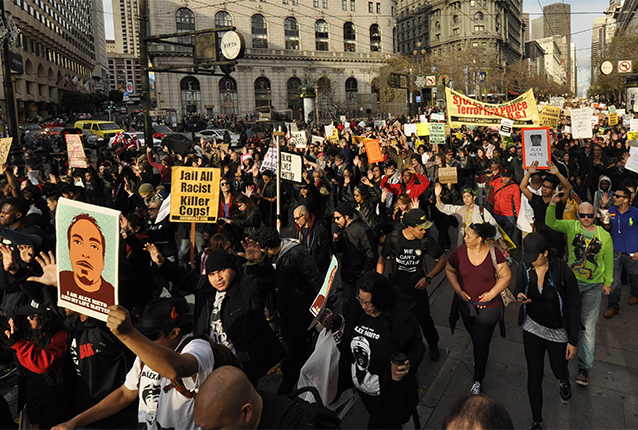 How Jobs With Justice San Francisco Pushes for Racial Justice