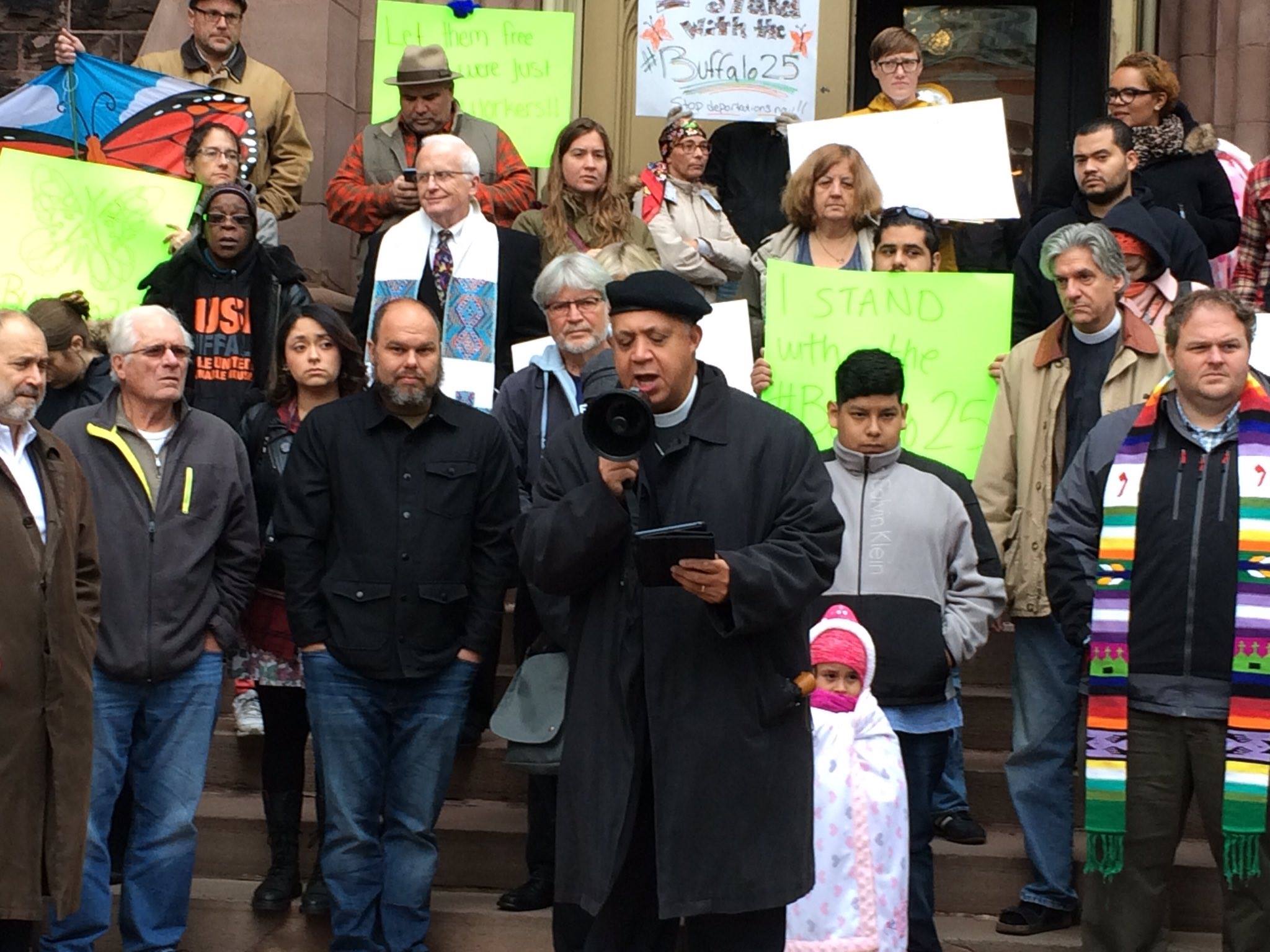 Faith and community leaders rally in support of the #Buffalo25.

Last week, federal agents raided four popular Mexican restaurants in Buffalo, NY. In this latest example of how our country’s immigration enforcement strategies run counter to the enforcement of our nation’s labor and employment laws, 25 employees were arrested and at least seven of them are now facing deportation, all because of the owner’s greedy and criminal behavior.

The raids were part of a years-long investigation into the employer and restaurants’ owner, Sergio Ramses Mucino, by the Department of Homeland Security (DHS), and U.S. Immigration and Customs Enforcement’s (ICE). Mucino is alleged to have dramatically overworked and underpaid employees at his four restaurants. The Mexican, Cuban, and Guatemalan immigrants worked six days a week; 14 hours a day, and were only paid $500 to $800 in cash, per week – clearly not in compliance with minimum wage and overtime laws. Additionally, the owner is accused of state and federal tax evasion.

This type of immigration enforcement action directly contradicts federal policies that seek to ensure labor laws protect all working people. And it sends a deeply chilling message to others who may be in similar situations: that if an employer gets on the radar of government officials, then the employees also may pay the price. For undocumented workers who may be experiencing some form of exploitation by their employers, such as wage theft, it is hard to imagine that they would be willing to report it if doing so may lead to their detention and deportation.

While DHS claims the raid was to protect these employees, seven of them have been charged with illegal re-entry into the U.S., and face deportation. Jobs With Justice affiliate Coalition for Economic Justice is currently fighting for their release. DHS and ICE must provide relief to these workers, as victims of and witnesses to the crimes being investigated. Please sign the petition to demand the release of these workers, the #Buffalo25. You also can donate to help keep the families in their homes.