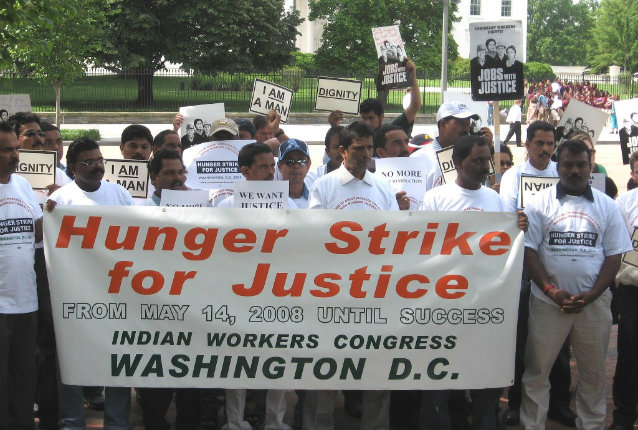 On February 18, 2015, a federal jury awarded $14 million in damages to five guestworkers from India who, along with the National Guestworker Alliance, launched a nationwide campaign in 2008 to expose forced labor along the Gulf Coast and press for critical reforms of the U.S. guestworker program.

Back in late 2006, more than 500 Indian welders and pipefitters mortgaged their futures for an American dream, paying up to $20,000 apiece to corrupt U.S. and Indian recruiters for false promises of green cards and permanent residency. Instead they received 10-month H-2B guestworker visas to work under slave-like conditions for Mississippi-based marine construction company Signal International. Signal forced them to live in overcrowded labor camps, charged them $1,050 a month for rent, and regularly threatened them with deportation.

After workers began to organize in March 2007 with the National Guestworker Alliance, Signal sent armed guards to seize the organizers, saying they would be deported the next day. Signal released the organizers but fired them. Then a year later, more than 100 of the workers walked off their jobs in Texas and Mississippi and filed complaints about their trafficking with the U.S. Department of Justice.

This protest launched the whistleblowers historic campaign to win protections from the U.S. government, to prosecute Signal International and coercive recruiters, and demand rights for all guestworkers. Jobs With Justice and our network of coalitions joined the guestworkers in their courageous fight for dignity, initially helping set up their civil rights pilgrimage when they embarked on a walk from New Orleans to Washington, D.C. Along with the National Guestworker Alliance, we amassed critical attention for these brave workers and their bold campaign to push the Department of Justice to investigate their case of human trafficking as well as and expanded the base of support from the labor and civil rights movement, members of Congress, faith leaders, and human trafficking advocates. As part of their campaign, they engaged in a month-long hunger strike and used other tactics to call attention to the abuses of the guestworker program, eventually becoming the first H-2B guestworkers to testify before Congress.

“If any further vindication was needed,” commented Jennifer Rosenbaum, legal director for the National Guestworker Alliance, “The jury found Signal and its agents guilty of a shocking list of violations: labor trafficking, fraud, racketeering, and discrimination, based on the Trafficking Victims Protection Reauthorization Act, Racketeer Influenced and Corrupt Organizations Act, and Ku Klux Klan Act.”

These abuses had the effect of silencing former Signal guestworker and lawsuit plaintiff Andrews Issac Padavettiyil. In his testimony before the jury where he finally opened up about the exploitation he faced, he shared his reasons for doing so:

“I have not told anything to any other person about all of the difficulties that I had. In the future, I don’t want anybody to go through these same problems.”

While many of the Signal workers have indeed been vindicated, there are still abusive U.S. employers and underhanded recruiters trapping thousands of other guestworkers into forced labor, subjecting them to employer threats of firing and deportation in retaliation for organizing. Guestworkers and their advocates must continue to press forward for reforming the U.S. guestworker program to better protect workers.

Saket Soni, executive director of the National Guestworkers Alliance, deftly warns policymakers considering proposals to expand guestworker programs, “We need to remember that what happened at Signal International wasn’t an exception but an extreme example of the rule.” 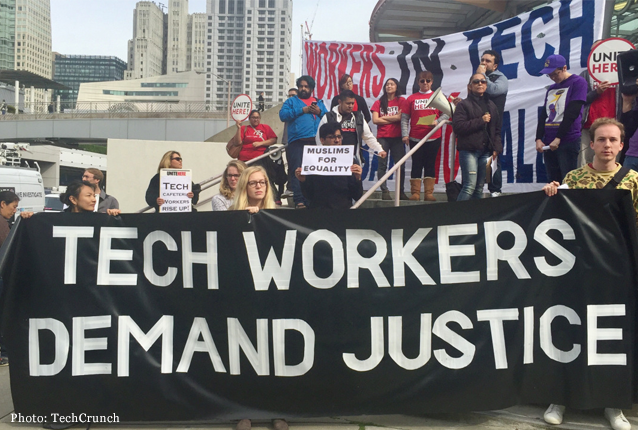