Fighting for a Voice: Walmart Workers Speak Out Despite Systematic Labor Abuse 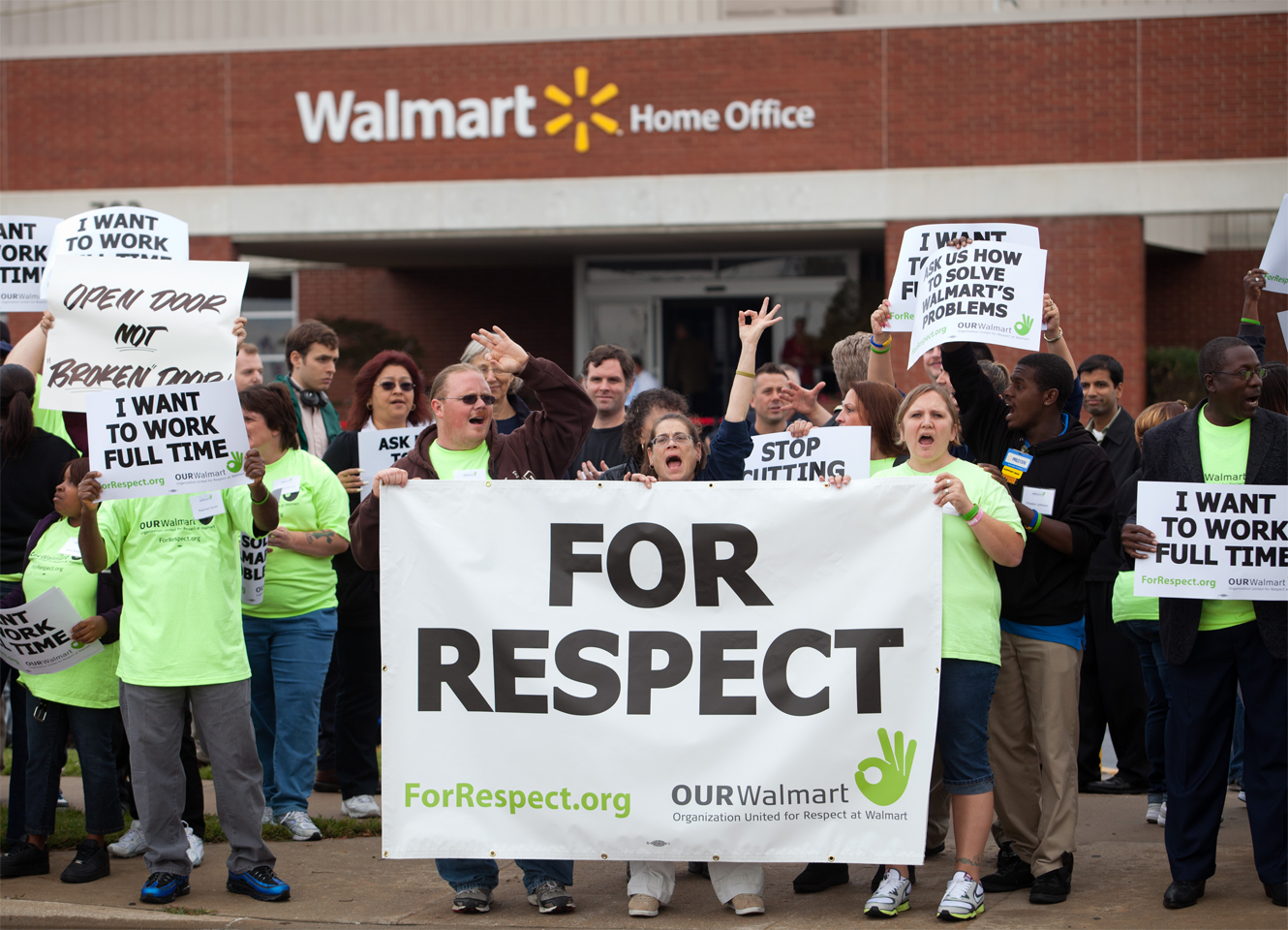 A new white paper details Walmart’s extensive and systematic efforts to silence associates who speak out for better jobs. The paper features the stories of workers like Cindy Lee, a model employee and active OUR Walmart member who reports being fired for calling in sick after she was publicly involved with OUR Walmart last fall. The study also finds that Walmart has escalated efforts to silence associates and community supporters since the historic Black Friday strikes, in part with aggressive and meritless litigation intended to intimidate workers and their supporters from raising their concerns inside or near Walmart stores.

The report draws from more than 150 incidents to document Walmart’s efforts to deter lawful activities by the company’s workers involved in the Organization United for Respect at Walmart (OUR Walmart). Though federal labor law prohibits the use of coercive or intimidating actions by employers to interfere with workers’ “protected concerted activity,” some Walmart associates who have joined OUR Walmart and come together to address concerns about working conditions have faced harassment, threats, changes to their jobs and working conditions, and retaliatory discipline – including termination – for speaking out.

1 Comment on “Fighting for a Voice: Walmart Workers Speak Out Despite Systematic Labor Abuse”