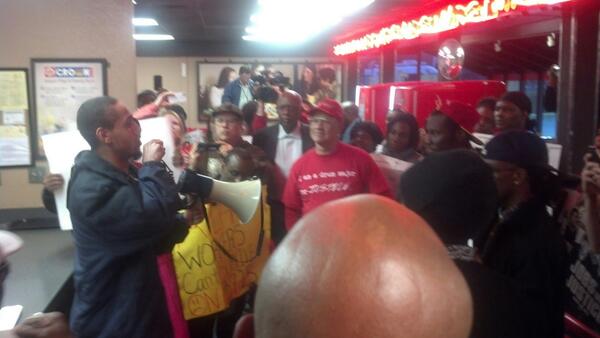 On December 5, fast food workers went on strike in over 100 cities nationwide with support from local Jobs With Justice coalitions. While the fast food workers were within their legal rights to strike, the risk of employer retaliation often looms large when workers take courageous action to speak out for better wages and working conditions.

Walmart associates taking similar action have long reported being targeted by management with harassment, threats, changes to their jobs and working conditions, and retaliatory discipline – including termination. The company now faces federal prosecution for alleged unlawful retaliation against associates that participated in the strikes. To ensure no wrongdoing on the part of management, several local Jobs With Justice coalitions organized delegations to accompany fast food strikers returning to work.

By taking bold action and risking their livelihoods, and with support from community allies, fast food strikers have spawned new opportunities to elevate the crisis of low wage employment in the media.

In Rhode Island, a small group of Jobs With Justice activists got the attention of their local television station for their lunchtime rally. And in Atlanta, Roger Sikes, organizer with Atlanta Jobs With Justice, appeared on Channel 11 in a debate with Kyle Jackson, Georgia State Director of National Federation of Independent Businesses, on whether to raise the minimum wage. Check it out: 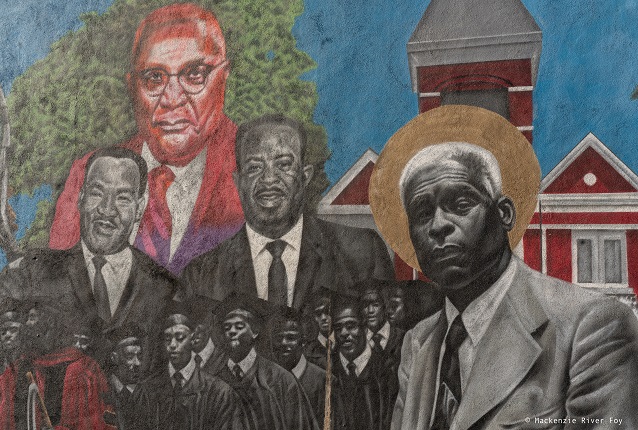