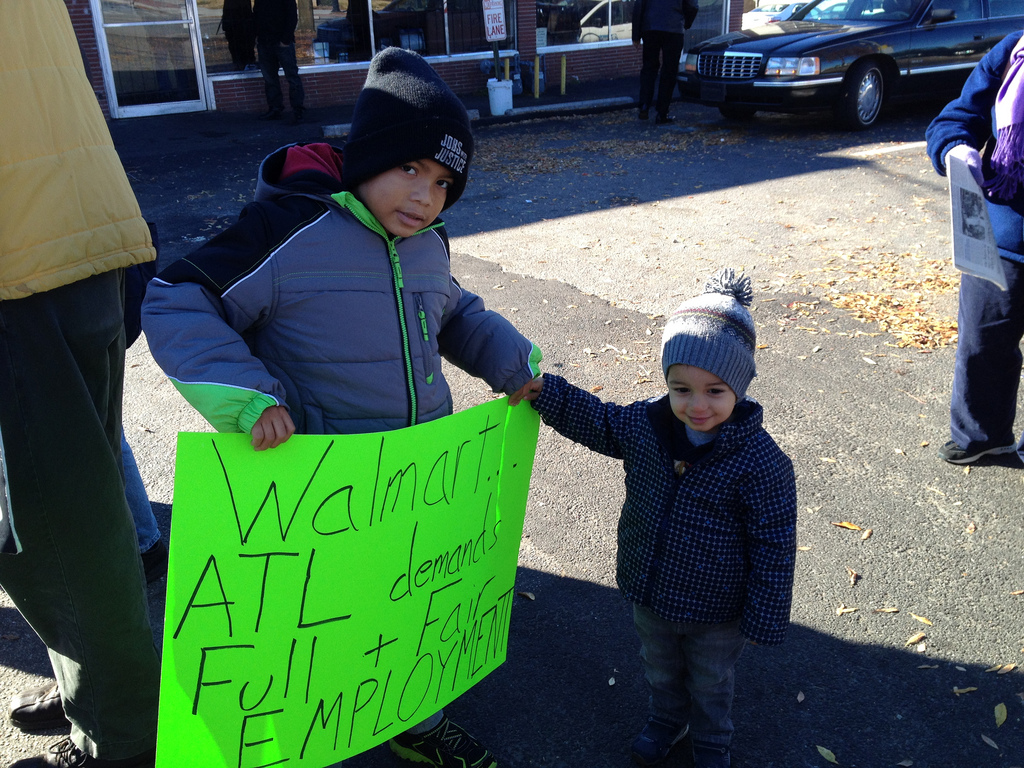 It’s no secret that the world’s most profitable employers often pay some of the lowest wages. Companies like Walmart and McDonald’s make billions each year, yet their employees rely on taxpayer-funded government assistance just to make ends meet.

Now, men and women employed at these companies have taken bold risks to expose the crisis of low-wage jobs and demand change. And their efforts are paying off.

On Black Friday, the largest shopping day of the year, Walmart associates joined together with friends, family, neighbors, and a growing movement of Americans united for a just economy to stage protests at stores across the country. The tide of protests spurred coverage in newspapers from coast-to-coast, and renewed a debate about the critical need for family supporting jobs to turn the economy around. Our own Executive Director Sarita Gupta appeared in outlets like MSNBC to Fox News to fuel the national conversation about poverty-level wages.

What did it take to achieve this attention? It took protests at nearly 1,500 Walmart stores, many organized by community supporters such as Jobs With Justice. It took workers in over a dozen cities risking their livelihoods to walk off the job in the weeks leading up to Black Friday. It took activists from coalitions like Eastern Massachusetts Jobs With Justice spending their holiday in the cold to protest at nearly every Walmart store in the state. It took thousands of people–including high-profile politicians, and actors like Ashton Kutcher–tweeting, sharing Facebook images, and signing petitions to protest the company’s policies. It took all of us coming together to demand change.

These protests added to the public pressure mounting on Walmart to address its employment model. Shortly before the protests, the National Labor Relations Board (NLRB), the federal agency charged with protecting workers’ rights to collective activity, launched a rare, nationwide prosecution against Walmart in response to the company allegedly firing and retaliating against more than 100 employees who engaged in strikes and protests. As Florida Congressman Alan Grayson was moved to say in a recent interview, the protests could lead to “a new political movement of the disenfranchised.” Let’s hope so.

Jobs With Justice activists organized protests at Walmart stores across the country on Black Friday.