85 people are now as wealthy as half of the world 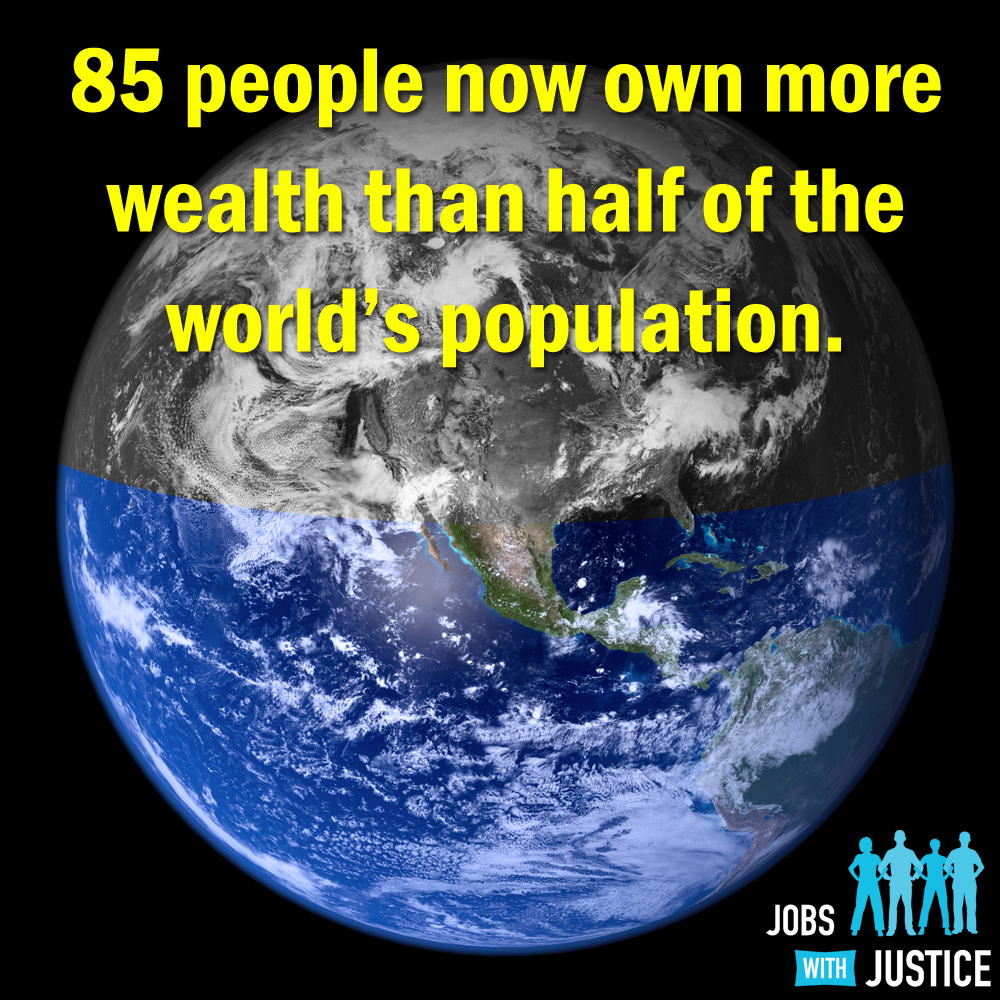 The report warns of the dangers of inequality to economic democracy:

This massive concentration of economic resources in the hands of fewer people presents a real threat to inclusive political and economic systems, and compounds other inequalities – such as those between women and men. Left unchecked, political institutions are undermined and governments overwhelmingly serve the interests of economic elites – to the detriment of ordinary people.

President Obama has described inequality as “the defining challenge of our age,” though the administration’s efforts to address the challenge remain to be seen. Meanwhile, for the first time ever over half of the current members of Congress are millionaires.