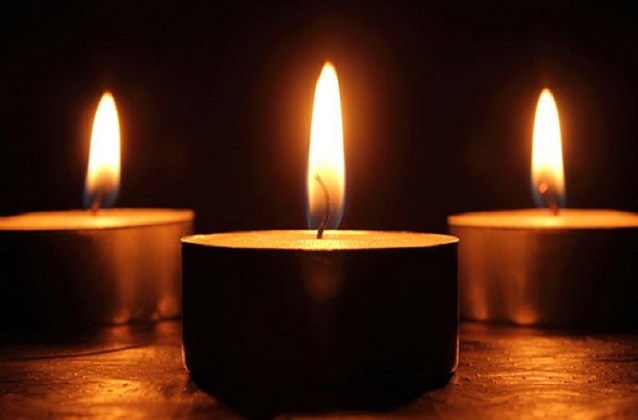 On June 18, 2016, Regina Elsea went to work at the AJIN USA auto parts manufacturing plant in Chambers County, Alabama. Two weeks away from getting married, she took the job in part, to help pay for her wedding. Regina’s job included overseeing the robots used to build parts supplied to Hyundai and Kia. When a robot stopped working that day, she attempted to fix the machine. The robot abruptly restarted and crushed Regina to death. She was 20 years old.

Regina’s story is not unique. In 2015, more than 4,800 people were killed at work, a six-year high. Today, the AFL-CIO reports that Latinos have a fatality rate that is now 18 percent higher than the overall working population. According to the same study, those ages 65 and older are nearly three times more likely to die from work-related causes.

April 28 marks Workers’ Memorial Day, a time for us to honor the memories of men and women who died on the job and continue fighting for safe and healthy workplaces for all. Workers’ Memorial Day coincides with the anniversary of the enactment of the Occupational Safety and Health Act in 1970. Working people, labor and environmental advocates who wanted to hold corporations accountable for preventable deaths, chronic illnesses, injuries, and other serious accidents galvanized Congress to create the landmark legislation.

This Act established the Occupational Safety and Health Administration or OSHA, the federal agency tasked with enforcing that employers provide adequate safety and training for the people who work for them. OSHA protecting lives and preventing injuries, and punishing businesses when they fail to do so. Since its passage, the Occupational Safety and Health Act saved more than 553,000 lives.

Despite OSHA’s important role, its resources are limited. The agency employs just 1,838 people to inspect 8 million workplaces. By next Workers’ Memorial Day, OSHA’s capacity to keep Americans safe could further diminish. OSHA operates under the Department of Labor, with a mission to “improve working conditions.” President Trump’s budget proposal cuts 21 percent of the department’s funding, which could gut the quantity and quality of health and safety inspections.

In addition to the proposed cuts, the Department of Labor continues to stall a major safety regulation. In March 2016 the Obama administration issued the “Silica Rule,” requiring corporations to limit their use of the toxic substance in worksites by 2017-2018. Exposure to silica dust causes an array of life-threatening health problems, including lung cancer and kidney disease. The Committee for Occupational Health and Safety found that 95,808 people died from long-term exposure to toxic substances, like silica. Earlier this year the Trump administration delayed the date in which companies have to comply with the Silica Rule, arguing that the rule shouldn’t move forward until a Labor Secretary is in office. With 2.3 million men and women exposed to the dangerous substance, the AFL-CIO estimates that 160 people could die as a result of the delay.

Even as Congress appears ready to confirm President Trump’s pending nominee for Labor Secretary—Alexander Acosta doesn’t inspire confidence that he’ll keep workplaces safe. When asked by Senator Elizabeth Warren (D-MA) during his confirmation hearing about whether he’d move forward with the Silica Rule, Acosta refused to directly answer whether the Labor Department should regulate the cancer-causing agent at all. Acosta also dodged explaining how the Department of Labor could successfully investigate workplace safety if Trump’s anemic budget proposal passes.

Of course, government agencies alone will not ensure people work in healthy and safe environments. Joining in union is a key way to increase worker safety. According to a recent study by the New York Committee for Occupational Health and Safety, non-union employers are the least safe. Seventy-nine percent of fatal accidents at construction sites were non-union and “severe violators” of health and safety regulations are almost always non-union employers.

150 people dying each day from hazardous working conditions, is 150 too many.

As we mourn those we’ve lost, Workers’ Memorial Day serves as a clarion call to action to end deaths of working people once and for all. Please take a minute to reach out to your members of Congress. Urge them to fully fund OSHA so the agency can provide fundamental health and safety inspections and trainings. It’s up to us to hold our elected leaders accountable to demand corporations put people above profits. Together, we can ensure that Regina Elsea and thousands of others will not have died in vain.