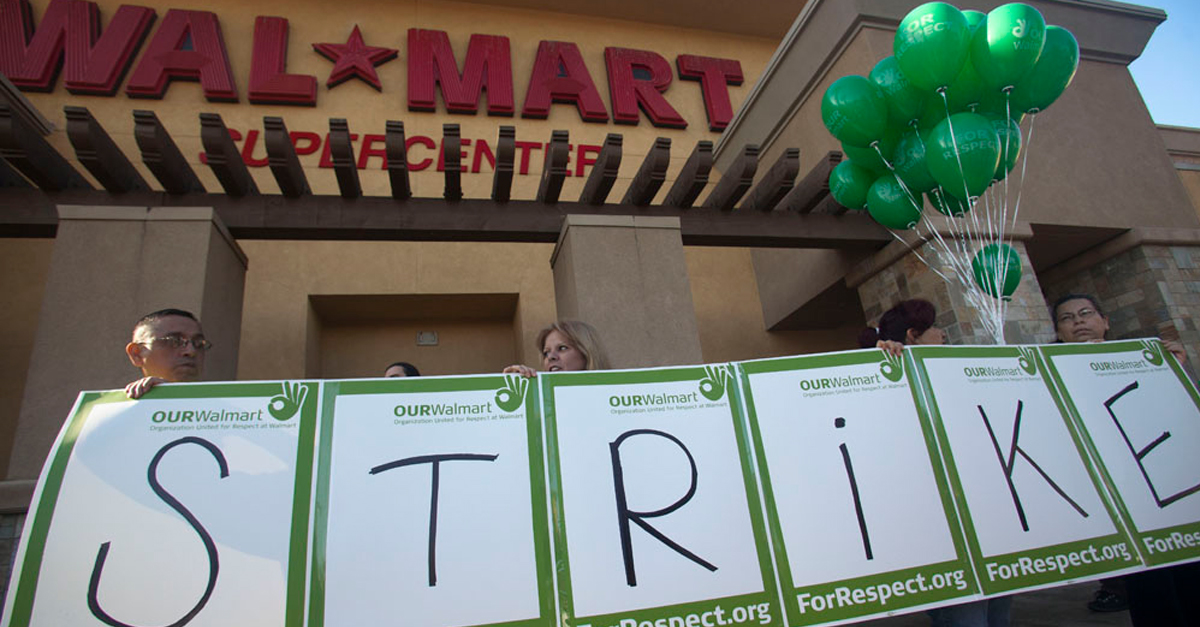 Striking Walmart workers and community members will be protesting at Walmarts around the country this Black Friday.

As much of the country begins the gradual transition into the winter holidays, Walmart recently announced its plans to open stores at 6 p.m. on Thanksgiving Day.  While most of us settle down for Thanksgiving dinner, Walmart store workers will have to skip time with their families to open, stock and staff Walmart stores for the holiday rush.

Many workers are not going to take this in stride.  On Black Friday, members of the Organization United for Respect at Walmart will take action—risking arrest and retaliation from the company—to demand fair wages and scheduling.

As many as 825,000 Walmart workers are making less than $25,000 a year because of low wages and inadequate hours. Workers can’t raise their families on these poverty wages. Anthony Goytia, father of three, relies on payday loans and even sells plasma to cover the bills. After 11 years at Walmart, Patricia Locks makes only $19,000 a year and relies on food banks and food stamps to feed her teenage daughter.

On top of the hundreds of actions already planned around the country on Black Friday, Walmart workers can now anonymously request support from community members via a new website, AssociateVoices.org.  You can support these workers on Black Friday, and even Thanksgiving, by showing up at their store and delivering thank you cards, telling them how you support them, leafleting other customers about what’s happening, or planning your own action outside the store.

Show your support for Walmart employees on Black Friday! Find a protest at a store near you: