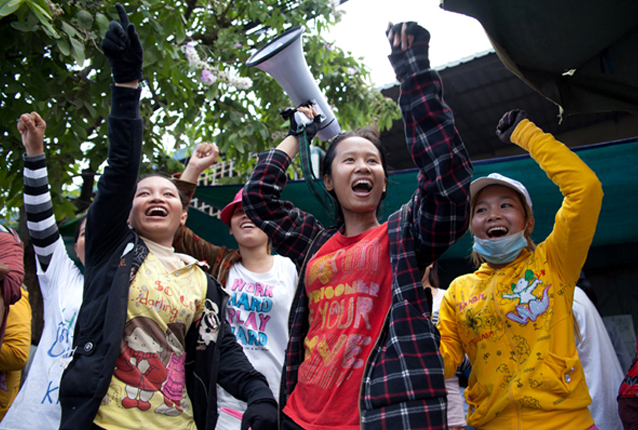 Following months of ongoing protests and a recent hunger strike, garment workers at a Walmart supplier in Cambodia will be paid about $200,000 in unpaid wages and severance.

In December, the garment factory shut down without paying employees back wages or severance. As many as 200 workers slept in front of their former factory since early January in an effort to get the wages they were owed.

After weeks without resolution, 82 workers launched a hunger strike outside a Walmart supplier in Phnom Penh, Cambodia. Two days later, representatives from Walmart and other companies agreed to pay the hunger strikers what they were owed.

“We decided to go on hunger strike to show that we are not workers who can be pushed around,” said 26-year-old Sorn Sothy, one of the leaders who worked in the warehousing department of the factory. “We are strong, committed, and united.”

Check out their launching video here: