Triumph for Immigrant Rights and Civil Liberties in Oregon 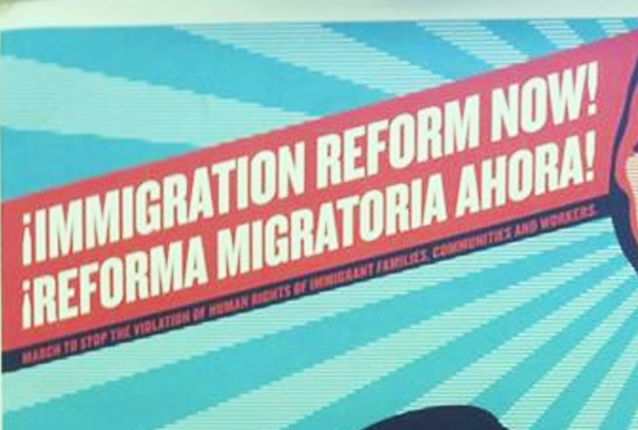 In early April, a federal judge ruled that law enforcement in Clackamas County, Oregon, had violated the U.S. Constitution by enforcing the request from federal Immigration and Customs Enforcement (ICE) to hold an individual in jail without probable cause. Following the ruling, dozens of sheriff’s offices across the state announced they would no longer comply with ICE requests to detain people suspected only of violating civil immigration restrictions. And they’re not alone. Other cities and counties across the country have been standing up to ICE’s encroachment on civil liberties by enacting policies to limit unjust detainments. Most recently, mayors in Philadelphia and Baltimore confirmed they would also stop holding undocumented immigrants for ICE. This turnaround could have profound implications in curbing deportations; the practice of honoring ICE holds has led to some 2.3 million deportations since 2008.

In Oregon, this shift in detainment policy isn’t just a legal victory, and it comes on the heels of incredible work by immigrant advocates and groups like Portland Jobs with Justice, who built community support to turn the tide.

Read my interview with Marco Mejia, an organizer with Portland Jobs with Justice, to hear more about the problems with detention holds and how Portland JWJ contributed to creating a backlash against the policy.

Huy Ong: What’s the significance of a number of counties in Oregon deciding not to hold immigrants in lockup facilities for the sole purpose of deportation?

Marco Mejia: A growing number of sheriffs understand now that ICE holds are only requests, and by doing the work of ICE through these holds, they are in violation of the Fourth Amendment of the U.S. Constitution. With this policy, immigrants in Oregon should feel safer and not have to fear that reporting a crime or any other encounter with local police could lead to deportation. ICE is now losing their preferred method of identifying and detaining immigrant workers and their families, a method which previously had helped them to avoid the negative press attention associated with mass detentions and raids.

HO: Are there implications for workers and workers’ rights?

MM: Many employers warn workers that they will threaten to call immigration authorities if they complain about bad conditions in the workplace or attempt to organize. This type of exploitation silences workers from speaking out about abuse for fear they will be deported, which in turn can depress working conditions across the board.

HO: In addition to the federal judge’s ruling, what made a difference in shifting law enforcement’s position?

MM: The overarching strategy here is to improve the climate for immigrants in our community, and we’re doing that through these incremental victories. Portland Jobs with Justice is committed to improving conditions for all immigrant workers, uniting the immigrant rights community with the labor movement through coalition building and action on key issues. We played a leading role in organizing communities to understand the potential consequences of the collaboration between local enforcement and ICE, and to push the local government, including the sheriff, to understand that ICE holds are voluntary, not mandatory. Most importantly, the undocumented community was central to this effort, because they came forward to stand for their rights and denounce these injustices.

HO: What else are groups like Portland Jobs with Justice doing to press for sensible, just immigration policies in their communities?

MM: Together with our partners, we understand that while comprehensive immigration reform is stalled in Congress, we must continue to respond to local immigration issues in our own community. We’re specifically working to help end unnecessary detentions and deportations, support the rights of undocumented workers to organize to improve their jobs, build awareness about the root causes of immigration and demonstrate the human consequences of our broken immigration laws.

Congratulations to Portland Jobs with Justice and their community partners on this critical victory for immigrant rights!