Post-Game Analysis: What Really Happened in the Northwestern Football Case? 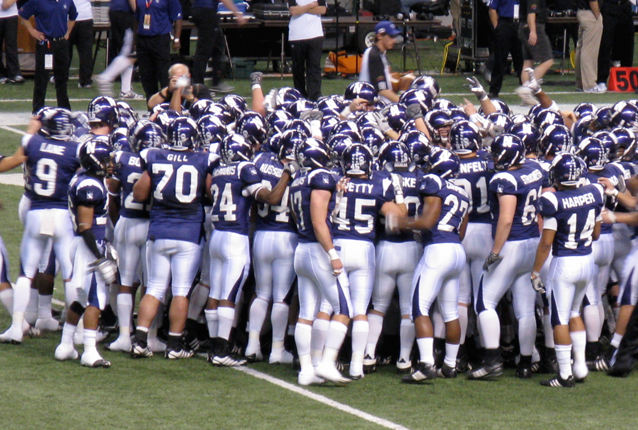 College athletes have long been denied a real voice in a multi-billion dollar industry built upon their performance. That’s why it was a potential game-changer when Northwestern University scholarship football players came together to demand a union in 2014.

The school’s administration argued that the players were students that had no right to formally organize, not employees.  A long—and somewhat complicated—legal process followed over the next year. A regional director with the National Labor Relations Board (NLRB)—the government agency that oversees labor law issues in most of the private sector— sided against the university, and found that the scholarship players were indeed employees who had the legal right to form a union and engage in collective bargaining under federal labor law.

That decision gave the Northwestern players the ability to hold the first-ever union election of college athletes. But unsurprisingly, Northwestern University appealed the regional director’s decision to the NLRB’s five member board in Washington, D.C., forcing the players wait for 17 months to find out the results of the election. This month, the NLRB finally issued its long-awaited decision on the case. And in a surprising move, the board declined to assert jurisdiction in the case, stating that it did not want to create instability in labor relations.

Keep reading to learn more about the ramifications of this ruling, and what it means for Northwestern football players and other college athletes who want to form a union to stick together.

Absolutely not. The NLRB’s decision does not vindicate either Northwestern University or the NCAA. The Board did not decide if the players were employees.

What we do know is that Northwestern’s football players were brave, stood up to the university and the NCAA, and demanded a voice. In doing so, they were met with textbook unionbusting from their coaches and the university who hold near total control over players in the current structure of college athletics – just as employees are routinely challenged by their bosses and employers when they come together to improve their jobs. And, yet, in large part because of their courageous actions, the NCAA and member conferences have already begun to institute reforms that will benefit all college scholarship athletes, including expanded scholarship guarantees, more money to cover food and other living expenses, and improved medical care. The players showed the value of using a collective voice to stick up for each other.

Why would Northwestern’s football players want a union?

Anyone who has watched college football knows it’s a tough sport that takes a substantial physical toll on the players. What may be less known is how much the sport requires of the players off the field.  The NLRB hearings offered the Northwestern players a chance to describe, under oath, the demands of the sport on their time and their life – demands that show that what they do is real work deserving of real rights.

The scholarships that Northwestern University offered its football players were for playing football, not for earning a degree. Players were required to meet on-field performance expectations in order to continue receiving (what were at the time) one- year only scholarships. Successfully meeting those expectations meant 60-hour workweeks during the season, and 50-hour workweeks in the offseason. Players scheduled their courses around practice time and other team obligations, just as employees going to school fit their classes around work requirements.

While proper treatment for occupational injuries ranging from sprains to concussions was a concern, the players weren’t necessarily looking to make their job as football players easier. They are football players, after all. Toughness is built into them. “It’s not a complaint, it’s recognizing it for what it is,” explained Kain Colter, Northwestern’s former quarterback and a leader in the organizing effort. Having a union would simply make sure their voice was heard on important decisions that affected them as players and individuals.

Why did the NLRB decline to assert jurisdiction?

To understand the NLRB’s decision, one has to go back to the intention of the National Labor Relations Act (NLRA), the federal labor law enforced by the Board. Congress passed the NLRA in order to bring stability to American industries, recognizing the benefits of employees and employers negotiating the terms and conditions of work in a sanctioned manner. The NLRB can choose not to exercise its authority over employers and employees if doing so will not further such stability, but instead prevent or erode it.

That’s what the NLRB unanimously decided would happen if it ruled on the status of Northwestern scholarship football players as employees. The Board found that the unique nature of sports leagues, where leagues maintain substantial control over the actions of individual teams, makes it difficult, if not impossible to attain stability when players of only one team are bargaining with just that team. The Board pointed out that’s the case in professional sports, which closely resembles major college football and where only league-wide bargaining occurs. The NLRB also noted that most teams in the NCAA’s Football Bowl Series division that compete with Northwestern are public colleges and universities. As public entities, those teams are not governed by the National Labor Relations Act. According to the Board, this too would make it difficult to establish stability across major college football.

The NLRB’s decision to decline to assert jurisdiction also means that the ballots cast by the Northwestern college players in their union election will not be counted.

College sports are big business, and there’s too much at stake on- and off-the-field for athletes not to have a say about the work they do. The NLRB’s decision in the Northwestern case does not prevent college athletes from organizing and engaging in collective action outside of federal labor law. There are many examples of men and women coming together to successfully demand improvements to their workplaces, including domestic workers, taxi drivers and tomato pickers. These individuals have demonstrated success using a playbook of strategic tactics including press conferences, rallies and broad community alliances to bring public attention to on-the-job issues that employers must address. College athletes can hold the NCAA, athletic conferences and schools accountable in similar ways.