One Week, Three Major Victories for Working People in the South 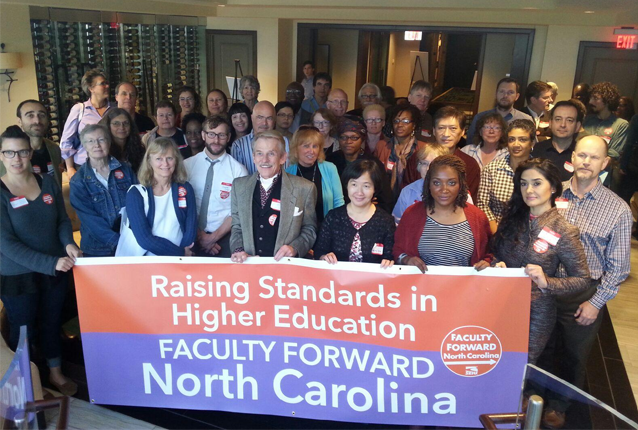 In a groundbreaking week for the labor movement in the southern United States, working people are proving that anything is possible when you stand together to change the rules and fight for better workplaces.

In Huntsville, Alabama, the 750 men and women who work at a local DirecTV call center recently came together to join Communications Workers of America (CWA) Local. Concerned about management’s favoritism and miscommunication about company policies, the DirecTV employees at the Huntsville call center worked day and night for eight days to make sure everyone working at the center had a chance to be heard as they work to set new workplace standards.

It’s noteworthy that the new CWA members made their decision without undue interference from company management. Because employees of AT&T, DirecTV’s parent company, are already members of CWA, they previously negotiated to make sure the corporation remains neutral when employees in other parts of the company want to join in union for a better life.

Adjunct Faculty Stand Together for a Better Duke University

While adjunct faculty have been coming together in union to better their universities in record numbers, this movement has yet to come to the South – until now. On March 18, it was announced that the adjunct faculty at Duke University had overwhelmingly voted to join the Service Employees International Union (SEIU).

But unlike the organizing campaign at DirecTV, Duke’s adjunct faculty members were not able to make their decision free from employer interference. University administrators attempted to dissuade adjunct faculty from voting to join together with their colleagues in a union. However, the adjuncts, who make up 40 percent of the university’s teaching staff, stood together and will soon start the process of collectively negotiating a contract with the administration to make sure they can improve faculty teaching conditions and in turn, improve student learning conditions.

So-Called “Right to Work” Legislation Put on Hold in Kentucky

Finally, in a victory for all working people in Kentucky, State Senate President Robert Stivers (R-Manchester) announced that anti-union “right to work” legislation would not receive a vote in the full senate because of a lack of support in the state House of Representatives. This development comes after working people in the state organized extensively against the legislation, pressuring their representatives in the government to oppose this harmful bill.

These three wins – all just in the last week – show what can happen when working people stick together to change our out-of-balance economy for the better.

Want more updates about important wins in the fight for economic justice? Sign up for Today’s Headlines and get our daily email with the day’s top labor news.