New York Will Pay Your Student Debt for Two Years 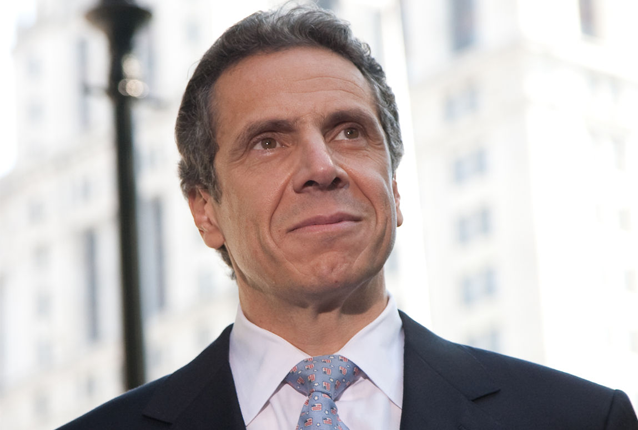 Tonight, during his State of the State address in New York, Governor Andrew Cuomo will highlight his “Get on Your Feet Loan Forgiveness” proposal, a program that would mandate that the state of New York cover certain borrowers’ student loan payments the first two years out of college. Any New York resident that attends a New York college, earns less than $60,000 a year and is enrolled in the “Pay as You Earn” repayment plan would be eligible, regardless of employment. This is a groundbreaking program that could help tens of thousands of student debtors as they enter a still rebounding labor market, move to a new city or begin navigating the overly complicated labyrinth of repayment plans offered by the Department of Education.

Aimed at curbing financial hardship for workers with student debt, a program like this could have an immediate impact on thousands of student debtors. The income gap continues to grow, with student debt often cited as one of the leading causes, since borrowers are sacrificing huge chunks of their paychecks to pay back loans. It’s no surprise that those with student debt are more likely to also carry credit card and auto-loan debt than their debt-free counterparts, since they’re generally struggling to make ends meet. A program that helps to ensure workers just entering the labor market are able to hold onto their paychecks protects recent graduates from relying on the “Plastic Safety Net.”

As an added bonus, Governor Cuomo’s proposed program would also help boost enrollment in federal income-driven repayment plans, which are currently only being minimally utilized. “Get on Your Feet Loan Forgiveness” only works for those in “Pay as You Earn,” a federal repayment plan championed by President Obama. Unfortunately, the Department of Education, and its contracted servicers like Navient, have failed to promote and enroll eligible borrowers into this program. Similarly, New Yorkers benefiting from Governor Cuomo’s program might also discover that they’re eligible for “Public Service Loan Forgiveness,” which forgives your federal student loans after 10 years of on-time payments. This would provide many borrowers a great start toward reaching that 10-year mark, starting them off two years closer to being debt-free.

This proposal helps more than just workers and student debtors, too. Colleges and universities whose borrowers have consistently high default rates lose access to federal financial aid, a death sentence in terms of financing and enrollment. By covering certain borrowers’ student debt payments for the first two years out of college, New York is also protecting its colleges from this risk.

This isn’t the first program that would ensure that workers can pay off their student debt with as little hardship as possible. In Denver, Colorado, elementary, middle school and high school teachers that are members of the Denver Classroom Teachers Association bargained contracts with the Denver Public Schools to include student debt relief in their benefits package. In New York, Governor Cuomo’s proposal could provide other workers leverage to negotiate similar employment contracts, especially since the program itself only applies to a limited number of borrowers.

Student debt has become a macroeconomic issue, creating ripple effects throughout our entire economy. Millions that made the decision to go to college in order to find good jobs, give back to their communities and live the American Dream have found themselves living on the brink as their debt eats away at their paychecks. Many are unable to buy cars, secure housing, and in some instances, even find jobs. Hopefully, the New York proposal will prompt more states to consider offering sensible student-debt solutions.