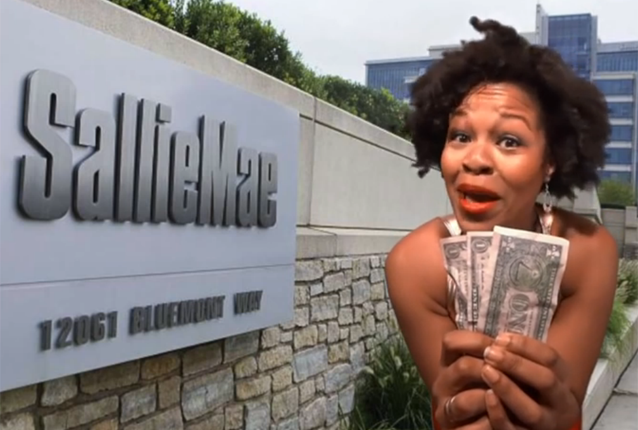 Chanel Carroll’s video, “Tuition,” a parody of Beyoncé’s “Partition,” struck a nerve with students and borrowers. With over 100,000 views, the video became an overnight sensation for shedding some comedic light on the serious issue of the student debt crisis. Her message of “Pay off … My loans please … I just want to live that debt-free life” resonated with the challenges facing 40 million borrowers and the millions of co-signers struggling to pay off student loans.

That’s why Jobs With Justice’s Debt-Free Future campaign is working to reign in student lenders through stronger regulations, increase public investment in higher education, and win debt relief for all working families. Read my interview with Chanel about what inspired her to make this brilliant and hilarious parody.

Beth Huang: Can you tell us a bit about who you are – where you went to school and what you do now?

Chanel Caroll: Growing up in Miami, I always wanted to be an actress, and when I was accepted to my dream school, New York University, I decided to study there and pursue acting in New York. However, I could not – and my mom, a single mother, could not – afford NYU without taking out private loans on top of financial aid, scholarships and public loans. I borrowed thousands from Sallie Mae to pay tuition all four years. Since graduating, I have been pursuing acting full time and have acted in plays off Broadway and written parodies, all while working at a steakhouse in Midtown Manhattan to help pay the bills.

BH: What inspired you to make this music video?

CC: Beyoncé as an artist inspires me a lot. She’s a great role model, especially as a woman of color, a businesswoman and an entertainer. She has a family, and that’s what I aspire to have. I was so shocked and excited by the surprise release of her album Beyoncé in December, and once I heard it, I knew I had to make a parody of one of the songs. Since “Partition” rhymes with tuition, I knew that I could write a parody that was personal and that people could relate to. I know so many people who struggle with paying loans and rent, especially in an expensive city like New York. I knew this parody would really resonate because it brings a comedic light to something so serious.

BH: It’s really exciting that this video talking about college affordability and student debt has gone so viral. Were you surprised by that and the responses you got?

CC: I was very shocked because it all happened very quickly. After I tweeted at Jezebel about the video and they posted it to their blog, it spread like wildfire on other blogs and social media. I was so touched by the outpouring of community support from Twitter and on the Youtube comments. I think it went viral is because there’s been a lot of media attention paid to Sallie Mae taking advantage of students. I think a lot of borrowers must feel like, “I have so much money in debt. How am I ever going to get out of this?” But the community of people affected by student debt is fighting this issue together. It’s a heated topic that’s at the forefront of people’s minds, and we aren’t alone. So we need to hold on and keep fighting.

BH: How do you think art can play a role in inspiring people to get involved in fighting student debt?

CC: Art has been the inspiration for many social movements in the past. So many songs, films and plays have come out of the civil rights movement. Artists like Jimi Hendrix and Bob Marley sought to bring people together, spread love and stop hate. Music crosses so many boundaries –socioeconomic lines, language barriers – that it can be more powerful than having a conversation because it touches people’s hearts.