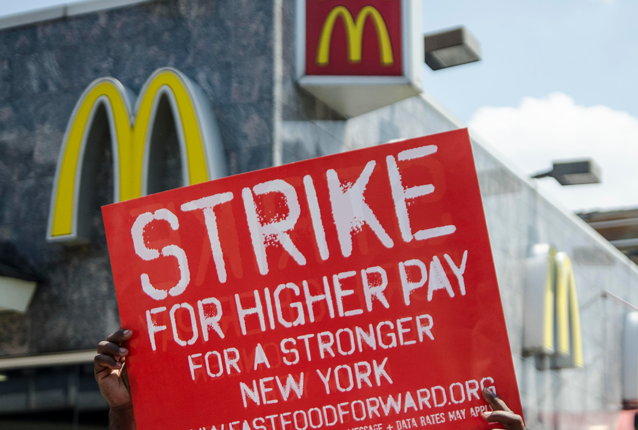 The General Counsel’s decision to treat McDonald’s (the parent corporation) and its franchisees as joint employers means that McDonald’s workers will finally have an opportunity to hold their real boss accountable. That’s a big deal. We know McDonald’s sets rigorous operating standards for its franchisees, from menus, to uniforms, to employment practices. And we know that they monitor and enforce those standards at the corporate level. McDonald’s therefore shouldn’t be able to walk away when those practices appear to run afoul of the law.

Today’s decision is just the first step in the process, akin to a prosecutor charging a criminal defendant. McDonald’s and its franchisees will get their day in court.

In the meantime, though, we shouldn’t underestimate the importance of today’s announcement – especially for workers in fissured workplaces like fast food, where the company ultimately calling the shots – setting the workplace standards, and benefiting from their services – may not be the one signing their paycheck. Today’s complaints get us one step closer to updating our labor and employment laws to recognize and regulate the way workplaces function today.