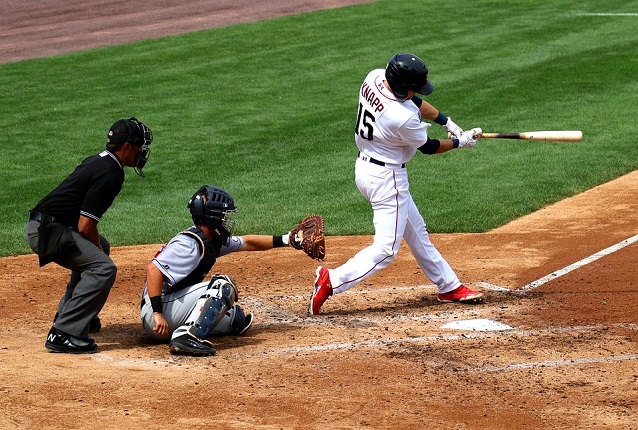 Baseball season begins this week and fans across the country will see their favorite players and all-stars play in places like Yankee Stadium, Fenway Park, and Wrigley Field. The season commencement will also be cause for celebration for the former farm team players who advanced to the majors for the first time. By joining a major league team, an athlete finally earns a fair return on his work and performance.

As for the infielders, pitchers, shortstops and the rest of the players in the minors?  As a result of a recent act by federal lawmakers, they’re starting out the season with a losing streak. Thousands of professional athletes who play for the Albuquerque Isotopes, Montgomery Biscuits, Kannapolis Intimidators, and the nearly 250 teams in Minor League Baseball could soon make less than the minimum wage.

Even though they are employed by the same Major League team owners, for every superstar like Giancarlo Stanton or Bryce Harper earning millions, there’s a career minor leaguer just trying to put food on the table for his family. Working and living conditions for minor leaguers are anything but glamorous. Those playing in the lower levels often struggle to make ends meet, earning as little as $1100 a month for only three months a year. That’s less than most people working at fast-food restaurants earn. Players often take second jobs during the offseason, while still trying to train, practice, and prepare for a shot at the big leagues.

Given the league’s extreme opposition to paying minor league players a sustainable wage, why do major league baseball players earn considerable sums and benefit from endorsement deals? For decades, owners controlled everything about players. In the late-1960s, players had enough. St. Louis Cardinals’ outfielder Curt Flood helped lead the first organizing effort and together with labor veteran Marvin Miller, players joined together and formed the Major League Baseball Players’ Association. Over the course of the next five decades, players fought to win their freedom to sign with different teams, negotiate strong contracts, and ensure owners could no longer exploit them or future players in the majors.

We call foul on the Major League Baseball, and billionaire team owners using their friends in Congress to rig the rules of the game. Once again, underhanded lawmakers rigged the rules to keep billionaires happy. In doing so, they stripped minor league players of their freedom to earn a decent wage training for and playing the game they love. As we all head to the ballpark this season, let’s remember that baseball players—like all working people—deserve a fair shake and the power in numbers to take care of their basic needs in life.