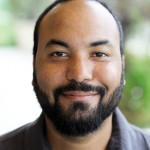 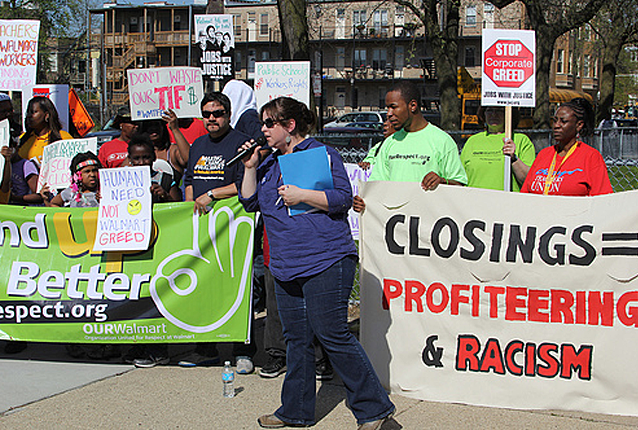 On May 22, 2013, the unelected Chicago Public School Board (CPS), appointed by Mayor Emmanuel, decided to close nearly 50 public schools in Chicago, the largest public school mass closing in the history of the US.

The implications for the largely African American and Latino working class families in Chicago who are most directly impacted are deeply troubling to consider. Reportedly, more than 40,000 students (and their families) will lose at least three to six months of learning because of the Board’s actions. Many of these displaced students (and families) will now have to travel into new neighborhoods to continue their schooling. Some will be victims of bullying, physical assault and other forms of violence.

As CPS makes history with this decision, the future as well as the present of our nation’s public school system must be considered, as do the motivations and impact of this decision.

The Chicago school closings appear to be a key element of a corporate agenda to transform US cities and further solidify economic inequality.  A key aspect of this strategy is moving the poor out of the center of the city and into the periphery, where they will no longer have access to the public infrastructure they and their ancestors helped to fund and build, let alone be able to physically or politically threaten the global elites who will be working and playing in the redeveloped urban center. This neo-liberal process is already well under way in cities like New York, Chicago, Atlanta, and Washington, among many others.  In the wake of Hurricane Katrina in New Orleans, we witnessed this transformation occur at a break-neck pace with the entire city’s public school system being taken over by a charter school cartel as the corporate elite leveraged their clout with city officials to make it happen.  The result is now many more low-income working class people live in suburbs than in cities. For the poor people who still remain in cities, the corporate elite’s strategy includes “stop and frisk” style policing, and the transformation of public schools into places of hyper-discipline where compliance and obedience are the preferred behaviors.  These strategies are taken to the greatest extreme by some of the nation’s most celebrated charter schools.

Parents, students, community organizations, faith-based groups, teachers and workers’ rights groups are struggling against this corporate reform agenda.  People demonstrated all over the US in opposition to this monumental decision in Chicago and to protect and expand quality public education.   Jobs with Justice is actively strategizing and organizing to defend and expand quality public education as part of a robust common good we believe civilization requires.  Below are some quick reports from different cities where JwJ helped organize or supported activity:

In Chicago: For a week, Chicago Jobs with Justice joined the Chicago Teachers Union and hundreds of our community allies in the Grassroots Education Movement and beyond and rallied, marched for three days, staged sit-ins at city hall and the state capital and organized speak outs to stop the largest number of school closings in US history. Had this coalition of progressive forces not fought, the number of closings may have been significantly higher as the Mayor indicated a desire to close nearly 100 schools. Check out this WBEZ story, the voice you hear yelling at the CPS meeting:  “Children will die because CPS lies!” is Chicago JwJ Director Susan Hurley.  Here is an inspiring video regarding Chicago’s struggle with youth helping to lead the way.  Chicago JwJ has also organized to connect Walmart and other corporate elite’s involvement in promoting charter schools in cities across the US.

In San Francisco, on May 20, the Close the Gap coalition held a rally and street theater action at the City College of San Francisco Mission District Campus.  The action was organized in response to Chicago Mayor Rahm Emanuel’s plan to close up to 54 schools.  Management of City College of San Francisco is pushing similar austerity measures that will dramatically reduce educational programs and services and gut labor standards at one of the largest community colleges in the country that also primarily serves working class students of color.  The rally concluded with a call-in action through which the fifty plus activists in attendance placed calls to Chicago Mayor Rahm Emanuel and City College of San Francisco Board of Trustees President John Rizzo demanding an end to these attacks on educational opportunity.  For more info, video and press coverage, go here.

In Cleveland on May 20, Cleveland Jobs with Justice joined partner organization Common Good Ohio for a protest rally in front of a charter school whose leadership was indicted on embezzlement and money laundering (stole almost $2 million and received public money). Parents and clergy spoke about charter school accountability, and the need for a people and community centered national education reform platform, all the while making connections between the struggles in Cleveland, Chicago, and many cities across the country.

In Philadelphia on May 17, allies organized a “Day of Action to Fund Public Education in Philadelphia.”  Two months after the School Reform Commission voted to close 24 public schools in Philadelphia, a day of action to fund schools was organized by parents, students, teachers and community activists.  On the day of a city council budget hearing, students at large, supported by the Philadelphia Student Union and Youth United for Change, called for a citywide student walk out at 12pm to fund public schools.  Earlier that morning, the Philadelphia Federation of Teachers (joined by Action United parent activists) organized a citywide informational picket to raise awareness of the school’s district proposed cuts of guidance counselors, school nurses, librarians, and even drinking fountains.  The Philadelphia Coalition Advocating for Public Schools (PCAPS) mobilized parents & community activists to testify at the city council hearing.  Philadelphia Jobs with Justice is a proud member of PCAPS.  Thousands participated and students wore “Our City, Our Schools, Our Voice” t-shirts at the walk out. PCAPS activists talked about other cities like Chicago facing similar problems.  For more coverage on the student walk out go here, and for pictures, go here.

In Boston on May 17-18, allies held a 2,000-person “Educate to Liberate: Creating the Schools We Deserve Conference” that included students, parents, educators and community activists to explore a collective vision for public education, develop skills and to plan creative alternatives to corporate education reform tactics like school closings. Recently, youth justice leaders across the city decided they wanted to start organizing to shed more light on the corporate education reform agenda in Massachusetts and to target the Boston Consulting Group that helped shape the school closings effort in Chicago.  Students and education activists learned more about the similarities between Chicago, Boston, and other cities as they created visual arts projects to demonstrate the impacts of kicking students out of the classroom.