Ensuring All Workers Can Blow the Whistle on Bad Employers 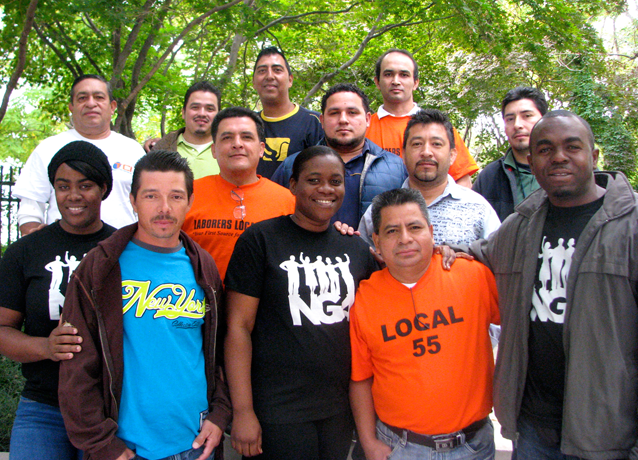 It is far too easy for bad employers to exploit immigrant workers and use their immigration status as a weapon to prevent them from speaking out about the abuse. When employers call immigration to retaliate against workers, they have our broken immigration system on their side, and can simply deport their ‘problem’ away.

But for the first time ever, U visa applications were recently certified for immigrant workers who were fired and retaliated against for trying to form unions to improve their jobs. Once their U visa applications are approved, these workers will have secured temporary status and work authorization—protection they need so that when they speak out they do not have to fear deportation.

Watch our new video about the inspiring workers involved in this incredible victory, and how the POWER Campaign is advancing solutions for immigrant whistleblowers who are organizing for better jobs and better standards for all workers.

The immigrant workers featured in the video are involved in two organizing campaigns Jobs With Justice has been supporting through the POWER campaign. The campaign aims to win protections that shield immigrant workers from retaliation when they exercise their labor and civil rights—including accessing legal remedies and securing neutrality from ICE during a labor dispute. Additionally, the campaign is committed to comprehensive immigration reform that includes a pathway to citizenship and strong worker protections that will raise the standards for all workers..