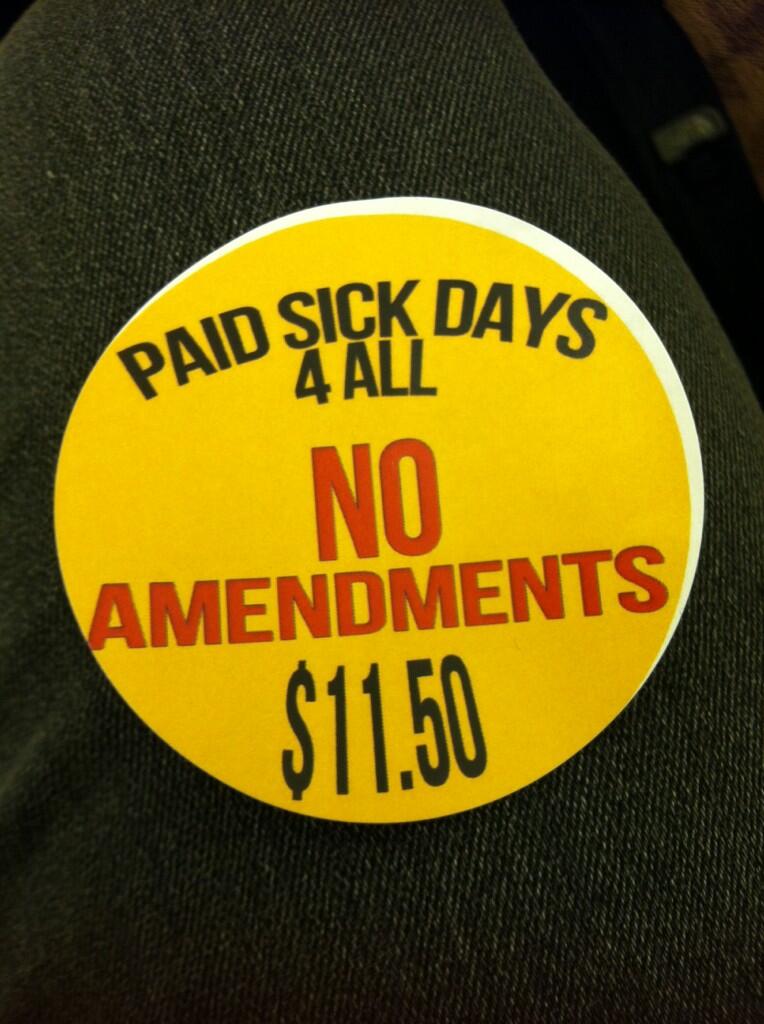 Yesterday, the D.C. City Council voted unanimously to increase the city’s minimum wage to $11.50 per hour by 2016 and to extend earned sick time to tipped restaurant workers. While voters in the District overwhelmingly support living wage measures, Mayor Gray has previously opposed increases to the minimum wage above $10 per hour. But with unanimous support for the increase, the council can override the mayor’s veto.

The council also voted to extend earned sick time to tipped restaurant workers previously excluded from the law. The amendment to the Earned Sick and Safe Leave Act will allow tipped restaurant workers to accrue paid sick leave after 90 days of employment and could affect as many as 20,000 workers in the District. The bill has been described as having some of the best enforcement mechanisms in the country.

Yesterday’s victory came after years of coalition-led efforts by Paid Sick Days for All, DC Jobs with Justice, and Respect DC. Earlier this year, the Large Retailer Accountability Act, which would have guaranteed $12.50 an hour to employees of the most profitable retailers in the District, was narrowly defeated following a veto by Mayor Gray. Yesterday, a broader victory was achieved through these two historic measures.

While the base wage for tipped workers will remain at the current $2.77 an hour, employers will now be required to prove their staff earn at least a minimum wage through tips, and provide the difference if not.

Share this image to congratulate District residents on a hard-won victory!