A billboard with an actual message 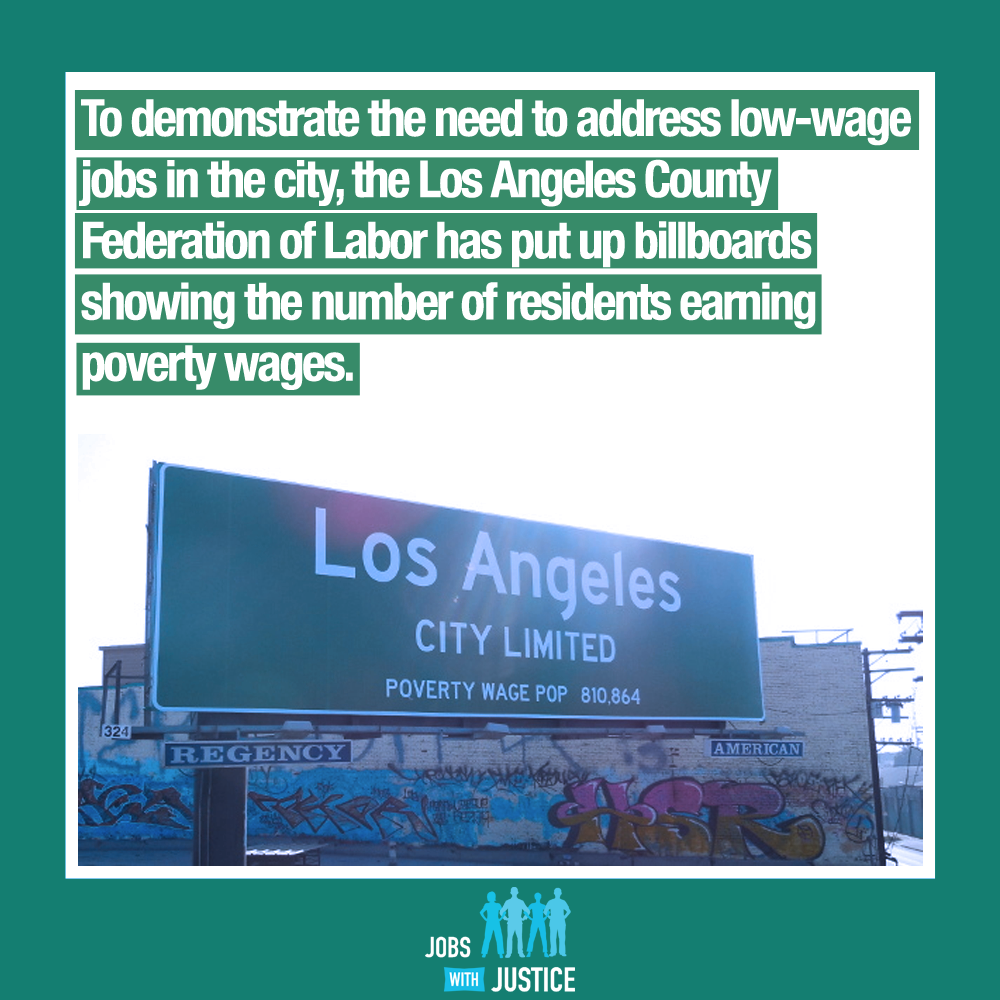 "In an effort to highlight the population of Los Angeles workers who earn a ‘poverty’ salary, and to urge Angelenos to support living wage measures, the Los Angeles County Federation of Labor has paid for a month-long campaign of seven billboards that mimic the sign that reminds drivers of a city’s population when leaving or entering its limits. But the figure on these boards is the number of people living on or below the poverty line." Read more about this campaign.