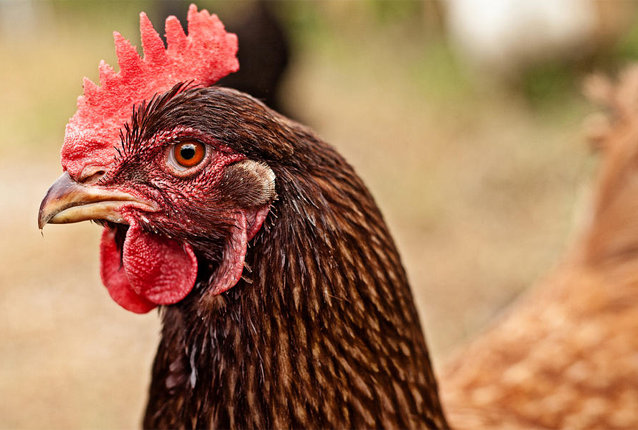 The USDA’s dangerous proposal to overhaul of the chicken inspection system that would compromise jobs and food safety. The agency is proposing to lay off thousands of food safety inspectors in the name of budget cuts, leaving chicken contamination inspections to poultry processing plants instead. Despite mounting protests, the president’s budget proposal released this week includes cuts to the Agriculture Department’s food inspection program to make way for the rule.

The USDA is literally allowing foxes to inspect the hen houses.

The administration should reconsider its position given the clear evidence of the risk the rule poses to consumer and worker health. This proposal takes jobs away from people we count on to protect our food supply.

About 3,000 people already die from food-borne illnesses annually in the United States. But instead of doing more to protect our families, the USDA’s proposal would lay off thousands of critical food safety inspectors and ask the rest to inspect 175 chickens per minute – that’s more than three chickens per second.

Whether you eat chicken or not, the rule is concerning on a number of fronts. It proposes accelerating processing-line speeds by 25 percent, an unconscionable speed given the danger posed by these jobs already.

Men and women who were permanently injured working at poultry plants visited Capitol Hill last week to warn against increasing line speeds. Former poultry worker Salvadora Roman worked at a plant for 17 years and shared that as a result of the repetitive work and breakneck pace, her “hands couldn’t take the fast line speeds anymore. They would fall asleep when I was working on the line. The pain was so bad that it kept me awake at night.”

The USDA wants to allow poultry company employees to do the job currently done by 800 USDA inspectors, who are AFGE members. The USDA hatched the rule after running pilot programs allowing plants to inspect themselves in a few dozen poultry plants. But according to analysis from Food & Water Watch, company employees at those facilities were woefully unable to carry out inspections, and in one turkey plant, employees missed 99 percent of food safety and wholesomeness defects.

In other words, the USDA is literally allowing foxes to inspect the hen houses. It’s hard to see the public benefit of policies that encourage corporations to police themselves.

So who actually wants the rule other than the USDA? The poultry industry. The Washington Post reports that the “National Chicken Council has been spending an average of more than $500,000 annually lobbying Congress” since the USDA began working on its plan – that’s five times more than earlier reported lobbying expenditures.

We all have a right to safe food and good, safe jobs, which is why Jobs With Justice mobilized 17,000 activists to oppose the USDA’s ill-advised plan back in 2012. And now, as part of a coalition of consumer, workers’ rights, civil rights and food safety advocates, we’ve signed onto a letter urging President Obama to withdraw the “Modernization of Poultry Slaughter Inspection” rule. We’ll continue to raise our voices against the unjust rule endangering workers, our families and the food on our table in the name of budget cuts.

Outraged? Send a tweet to President Obama and the USDA urging them to withdraw the rule now.