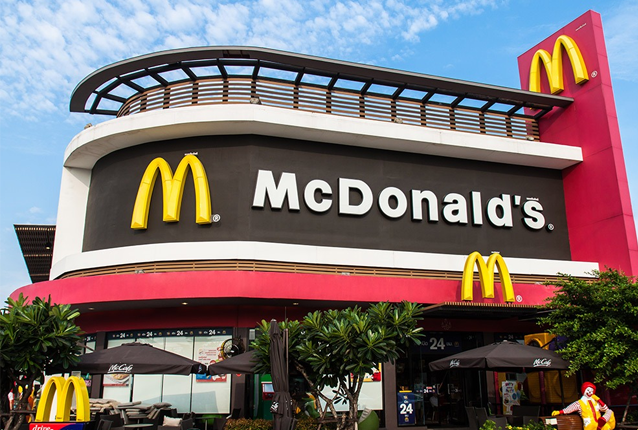 So what’s behind McDonald’s recent success?

Some chalked the spike up to the fast-food chain’s decision to finally serve its popular breakfast menu items all day. But McDonald’s CEO Steve Easterbrook pointed to another factor: Higher employee wages.

Last year, McDonald’s corporate management announced their intent to slowly raise wages and improve employee benefits at corporate-owned restaurants. These changes are obviously great for McDonald’s employees, but according to Easterbrook, they’ve helped the company’s bottom line as well.

Easterbrook pointed to lower employee turnover and higher customer satisfaction scores over the past year as evidence that the wage raise is helping to boost corporate profits. But with the wage increases scheduled to hit $10 an hour by the end of 2016, Easterbrook should realize that raising pay so that all of his employees are earning a fair return on their work – and pressuring franchisees to do the same – will yield even better results.

Now, we shouldn’t give McDonald’s corporate executives too much credit. Their decision to increase wages came in direct response to pressure from the men and women who have been standing up and fighting for $15. Each wage increase from a large retailer or fast-food company and each ballot measure and law in cities and states around the country begets another one. And as the recent McDonald’s data shows, the decision has been a win-win for both employees and management.

Raising wages to the $15 goal called for by working people would also reduce the burden that everyday Americans and our communities currently bear to fill the gaps that McDonald’s low pay leaves for employees. Right now, taxpayers shell out more than $1.2 billion each year in public assistance for McDonald’s employees who can’t make ends meet on their pay alone. And while this isn’t a problem limited just to the burger giant, the way that the largest fast-food chain in the world does business has ripple effects across the entire economy.

If companies like McDonald’s can’t see past their profit margins and don’t recognize the value in making sure the men and women who work for them to afford the basics, they should no longer be allowed to pass the buck onto the rest of us. That’s the genesis behind a number of campaigns driven by communities who are demanding that large, profitable corporations to chip in to fund the public programs their employees rely on. Working people are holding these companies accountable and ensuring they pay their fair share through legislation like the Corporate Responsibility Act in Colorado, the Low Wage Employer Fee in Connecticut and the Responsible Business Act in Cook County, Illinois.

McDonald’s own CEO has admitted that raising wages boosts his company’s performance. The question is how long must the people whose work pays for his $1.3 million annual salary have to wait to see a share of the company’s profits?

It took far too long for the company to listen to the calls for it to move to an all-day breakfast menu. If McDonald’s doesn’t move fast enough to pay its employees fairly, there are plenty of communities who will force the issue for them – either by levying a fee or raising the minimum wage.